Looks like the ‘babysitter’ tag will never leave Rishabh Pant. Ever since Australia skipper Tim Paine sledged the India wicketkeeper, the cricketing world has been making sure that the tag does not fade away. Recently, Star Sports released an advertisement inspired from that sledge ahead of the upcoming T20I and ODI series between India and Australia. And on Monday, Hobart Hurricanes did something similar.

The biggest names in ?? cricket have arrived for the #AusCricketAwards – live on 7mate and Fox Cricket from 7pm AEDT!

And it was enough for Hobart Hurricanes to take another cheeky dig at Rishabh Pant. Seeing the couple without the kids, the franchise sensed an opportunity and wrote:

“Does Rishabh Pant have the kids, Painey?”

It should be remembered that the babysitter tag had become viral only after Paine’s wife had posted a photo alongside Pant with the caption, ‘ Best Babysitter.’ 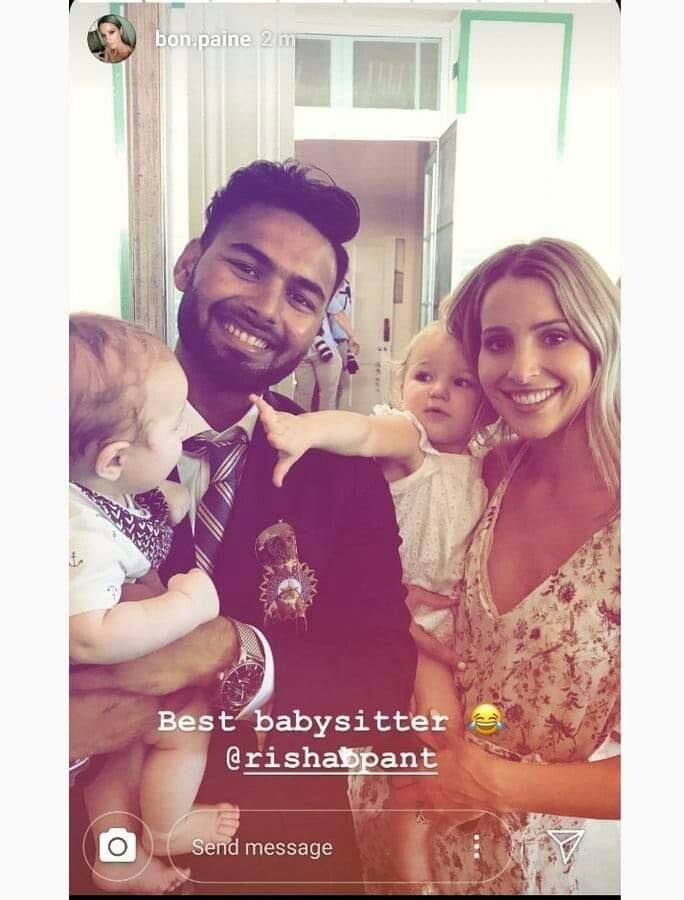 This babysitting anecdote began during the third day of the Boxing Day Test, when Paine asked Pant:

“Tell you what big MS is back in the one day squad. Should get this bloke down to Hurricanes.. They need a batter. Fancy that extend you Aussie holiday, beautiful town Hobart too… get him a water front apartment. Have him over for dinner. Do you babysit? I can take my wife to the movies while you watch the kids.”

Pant had later taken revenge by calling Paine a “temporary captain” and mocked him from behind the stumps.

Australia and India, meanwhile, are once again set to lock horns later this month.  Australia’s tour of India will begin with a T20I on February 24. After the two T20Is, the five-match ODI series between Australia and India will begin on March 2 at the Rajiv Gandhi International Cricket Stadium in Hyderabad. The Vidarbha Cricket Association Stadium (Jamtha) in Nagpur will host the second ODI on the 5th.

The third ODI will take place at the JSCA International Stadium Complex in Ranchi on March 8. The Punjab Cricket Association IS Bindra Stadium in Mohali will host the penultimate ODI on the 10th. The series will conclude with the final ODI at the iconic Feroz Shah Kotla in Delhi on the 13th.