England thrashed India by eight wickets to set up a mouth-watering clash with Australia in the final of ICC Women’s World T20 final.

India’s hopes of avenging for their loss in the last year’s 50-over World Cup against England ended in a disappointing manner. The reigning ODI world champions looked class apart as they dismantled Harmanpreet Kaur & Co. to storm into the final of the competition.

Harmanpreet Kaur did not hesitate in batting first after winning the toss. And the decision looked like a good one as Taniya Bhatia and Smriti Mandhana gave India a strong start. The two added 43 runs for the first wicket before Sophie Ecclestone sent back Mandhana. The southpaw scored 34 with the help of 5 fours and a six.

10 runs later, Heather Knight accounted for Bhatia to leave India reeling at 53 for 2. However, a 36-run stand between Jemimah Rodrigues and Harmanpreet steadied the ship. But it was just the silence before the storm as the floodgates opened once Rodrigues was run out for run-a-ball 26.

India kept on losing wickets at regular intervals from thereon and were eventually all out for 112.  For England, skipper Knight starred with the ball, picking up three for just 9 runs in two overs.

In reply, England were off to a shaky start. They lost both their openers cheaply.  Deepti Sharma accounted for Danielle Wyatt for 8 before Radha Yadav sent back Tammy Beaumont for 1 to reduce England to 24 for 2.

However, Amy Ellen Jones and Natalie Sciver did not let India make further inroads in the game. The two mixed caution with aggression to not only bail England out of trouble but also took them over the line. Both the players scored fine fifties as England chased down the total inside 18 overs. 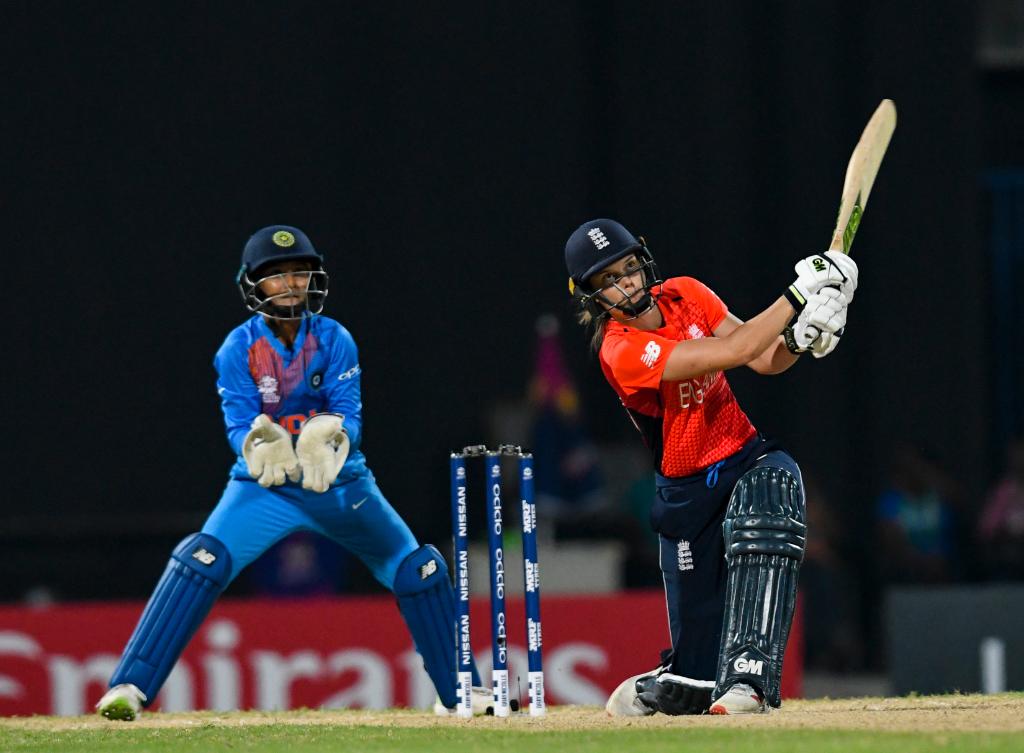 Meanwhile, Twitter was quick to react to the game. Here are some reactions:

If India can go in without Mithali Raj, this must be twice as good a batting side as any in the world!!! What is the story there?

Can understand, if you have to, that you leave out Mithali in a 180 game. But on a tough pitch? Then you play your best players and she is that. https://t.co/n3bbSodiC6

Sad end to a well fought tournament. Well played girls. Today might not have been our day. Unfortunately didn’t get enough runs. Missed @M_Raj03 in the team. Why wasn’t she playing?#INDvENG #ICCWWT20

Team India had a great campaign but weren’t up to the mark in the semis.
For me 2 moments cost India the game:
A)Jemimah’s run-out which triggered a collapse
B)Poonam dropping Sciver’s catch
Had India prevailed on both the occasions the result might’ve been different #INDvENG

#IndVEng Very well played Girls. Not everyday it's your day. This WC showed your true potential. @ImHarmanpreet should also add "Mid On" and "Short mid wicket" in her dictionary. Still played crucial role. All the very best for future games.@mandhana_smriti @M_Raj03 #WT20

India Women lost seven wickets in their last 27 balls today and this is where they needed the experience and calmness of Mithali Raj.#INDvENG

Bad luck @BCCIWomen but well played through out tournament except today. We still proud of you girls and well played England. @WorldT20 @ImHarmanpreet #INDvENG

Dropping Mithali Raj in a knockout game is as similar as dropping MS Dhoni in a big game but unfortunately Power & co. showed the courage to build the future and now the onus will be on these XI girls to prove him right otherwise everyone knows what will happen.

Australia vs India 2020-21: No Way You Should Be That Far Within The Boundary – Michael Holding Criticises India’s Poor Fielding In 1st ODI