Last night’s episode of WWE RAW had a headliner segment where a double contract signing went down. The men and women’s division champions signed the dotted line whereas the rivalry between Seth Rollins and Rey Mysterio continued. Also, we expected championship storylines to progress eyeing Extreme Rules when WWE Raw aired from the WWE Performance Center in Orlando, Florida. Here are the results, 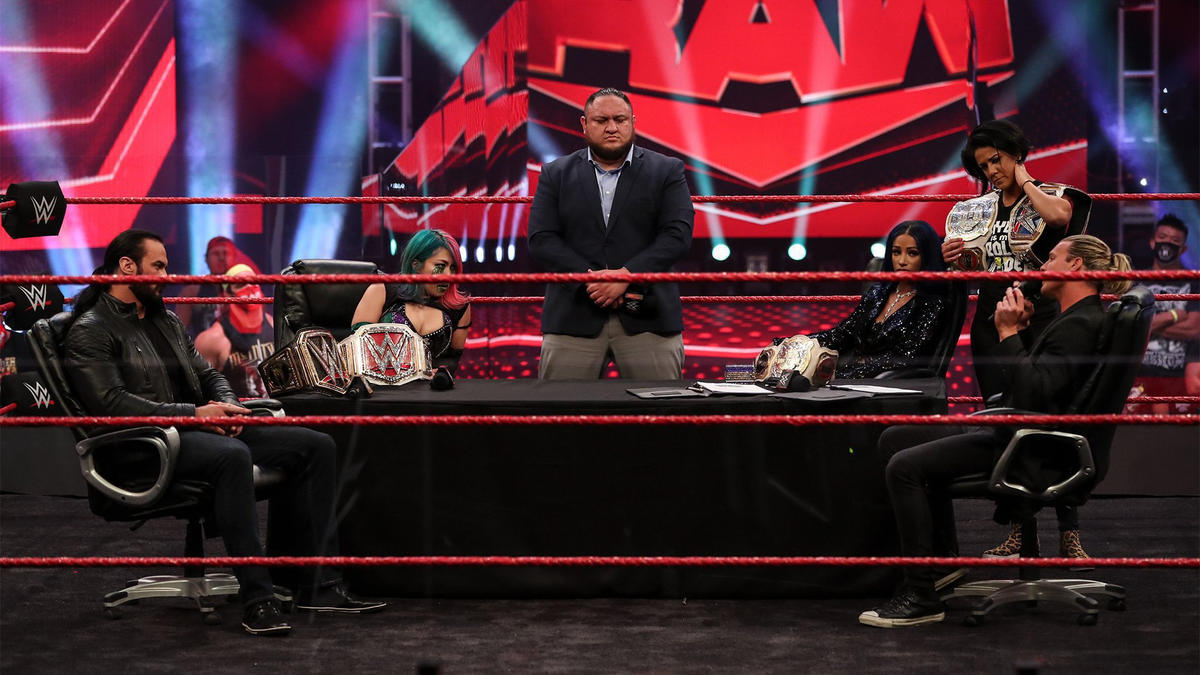 The opening sequence of WWE RAW witnessed Asuka and Sasha Banks brawling in the ring even before the proper introduction was done. Ziggler and McIntyre then came out to talk about the WWE title match at Extreme Rules. All four of them signed the contract and went for a brawl, again. McIntyre and Asuka stood tall to end the segment.

Big Show came out with a mic on WWE Raw to address Randy Orton. Hall of Famer Ric Flair joined him in the ring informing that Orton is willing to fight Show any time and place he wants. Andrade and Angel Garza then started circling the ring to attack Show. The Viking Raiders ran down to make the save and set up the opening match.

Now you got a 🐐 to deal with! WOOOOO!#WWERaw @RicFlairNatrBoy pic.twitter.com/pMPXX0BE5Q

The Viking Raiders took on Andrade and Angel Garza on WWE Raw in a chaotic affair. Andrade blocked a Viking Experience and a German Suplex. Garza sent Erik into the ring post and then hit the Wing Clipper on him to get the win.

WWE 24/7 Title was on the line between R-Truth and Akira Tozawa in a rematch from last week. Truth acted like he was hurt and rolled up Akira to get back the title.