Cain Velasquez enjoyed a short stint in the WWE, last year. Considering that he is mainstream attention, the expectation was that WWE must be extending his stint which wasn’t the case. He only competed in one full-time match before getting released by the company, earlier this year which was also related to a budget cut.

One of his encounters happened in Saudi Arabia against Brock Lesnar back in 2019 which was the only televised match he had. Apart from that, Cain Velasquez also participated in a house show in Mexico City while teaming with Rey Mysterio. Since then, we’ve not heard any career updates from the former MMA performer. Mysterio still thinks it might be his next move that could happen in a wrestling ring.

WWE Tribute To The Troops Event Returning In 2020

While speaking to ESPN, Rey Mysterio said he can’t really “dig into” Cain Velasquez’s situation, but he still likes to believe that he will eventually be back in WWE. The former UFC Heavyweight Champion does possess a lot of drive and passion for what it takes to be in the professional wrestling world.

So Mysterio said that his fellow countryman should return to WWE eventually.

“I can’t dig into the exact situation with Cain. I do know for a fact that he’s very dedicated, he’s very passionate about lucha libre and about wrestling, I know this was one of his biggest dreams to be a part of the WWE. I honestly don’t think that he’s gone for good. I think he’s going to make an appearance and a comeback. It’s very hard to put a mask on someone that has created their own history within the UFC like Cain.”

“I would really love and I think that him coming back would be huge.” (Quotes courtesy Wrestling News)

Since he was a bonafide MMA fighter, Cain Velasquez demanded a heavy payday while had themselves in a cost-cutting mode as the coronavirus pandemic ran through. WWE reached record profits in the second quarter of 2020 after releasing so many superstars. But once the audiences will be back then it might open the door to make the big returns happen like Velasquez. 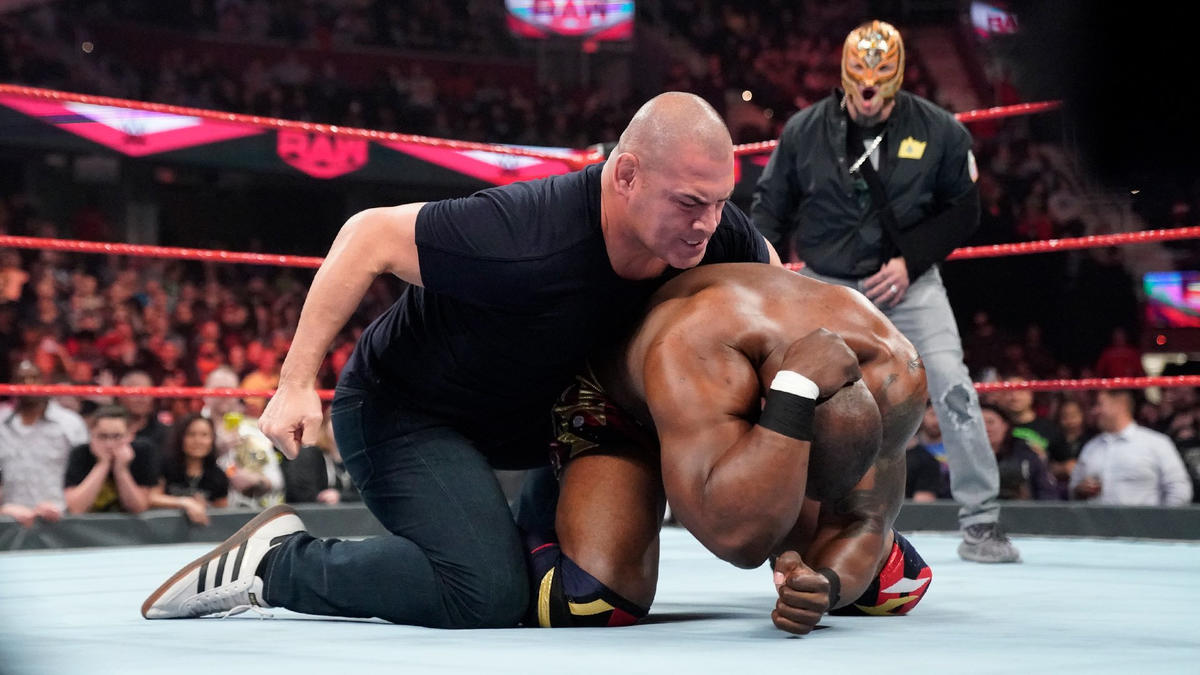 On October 4, 2019, which was the first episode of SmackDown on FOX, which was also the show’s 20th Anniversary, Cain Velasquez made his WWE debut, accompanied by Rey Mysterio. He came out to confront and attack Brock Lesnar after his WWE Championship victory against Kofi Kingston.

It was a storyline measure of revenge as Lesnar attacked Mysterio and his son, Dominik, earlier. Cain Velasquez then faced Lesnar at Crown Jewel for the WWE Championship on October 31, which he lost. In January 2020, WWE had planned to use Velasquez at the Royal Rumble pay-per-view event, but the idea was scrapped as he was dealing with an injury.