On this past week’s episode of Friday Night SmackDown, Sasha Banks was put in an unconventional matchup. Those days are over in the WWE, where men would have wrestled women, quite regularly. Even mixed tag team matches aren’t that frequent, these days. For a one-off occasion, an intergender match was stored though on FOX, this past Friday night.

The reigning SmackDown Women’s Champion Sasha Banks demanded a match against Carmella’s sommelier Reginald and she received the same. She eventually defeated the trouble-maker in an Intergender Match but not before a wardrobe malfunction. An awkward finish was observed in the match where the two of them traded counters after counters.

While doing so, Reginald accidentally pulled down Sasha Banks’ shorts. Due to the camera angle, the wardrobe malfunction wasn’t caught from the front. But apparently, it looked like that her posture was open to the audience. WWE crew wasn’t quick to blackout the screen, unlike the recent such mishaps that occurred with Charlotte Flair or Mandy Rose.

Sasha Banks suffered wardrobe malfunctions in the past

Meanwhile, the incident has garnered quite the attention of internet fans. This isn’t the first time though that The Boss went through such an incident. Her shorts are incredibly short in length. So previously, the likes of Charlotte Flair or Natalya accidentally pulled that off making Sasha Banks’ thong visible to the audience. We have added a couple of such videos, here.

The Wrap recently spoke to Stephanie McMahon where Sasha Banks came up in the conversation. The Boss Lady stated that the SmackDown Women’s Champion’s confidence got upped in a big way through her appearance in the Star Wars franchise The Mandalorian.

“Sasha’s star only continues to rise. I think that experience for her gave her a different set of confidence that maybe she didn’t have before.” 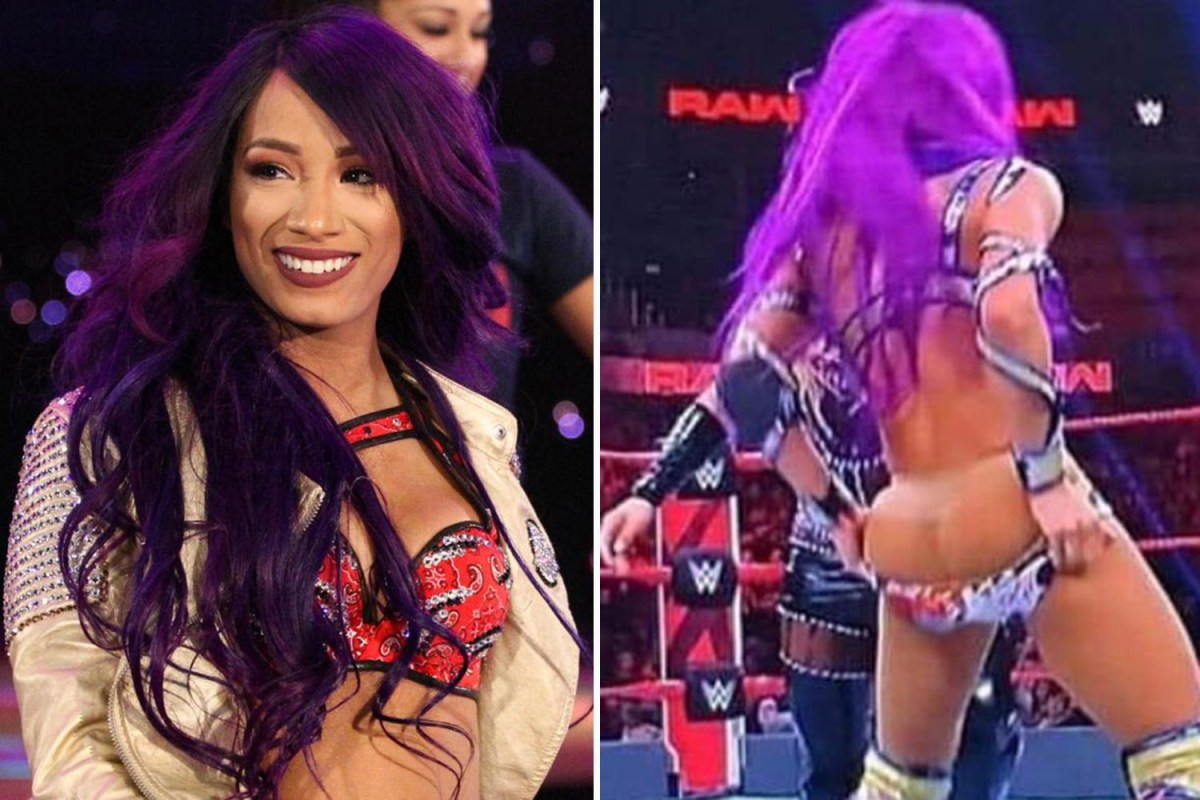 “Sasha is one of our biggest stars with some of the best charisma and potential. And on top of her athleticism and her storytelling abilities, she just shines. When she walks out, you pay attention. I love her attitude and just everything about her. So I think Sasha is really just getting started.”

It’ll be interesting to see what’s next for Sasha Banks, but bigger acting stints could be in store for her after this Star Wars flick.