This week’s SmackDown aired with a Steel Cage main event match on the card to set up a potential title match for Fastlane 2021 PPV. Also the Women’s Royal Rumble match winner Bianca Belair was slated to compete in a one-on-one contest against Shayna Baszler when the show aired from the Tropicana Field in Tampa Bay, Florida. Check out the results,

Daniel Bryan was out to open things on SmackDown as he was giving an interview to Michael Cole. He talked about seizing the opportunity through the steel cage match where he secures a title match at FastLane against Roman Reigns and perhaps ruins the dream match of Edge vs Reigns at WrestleMania. 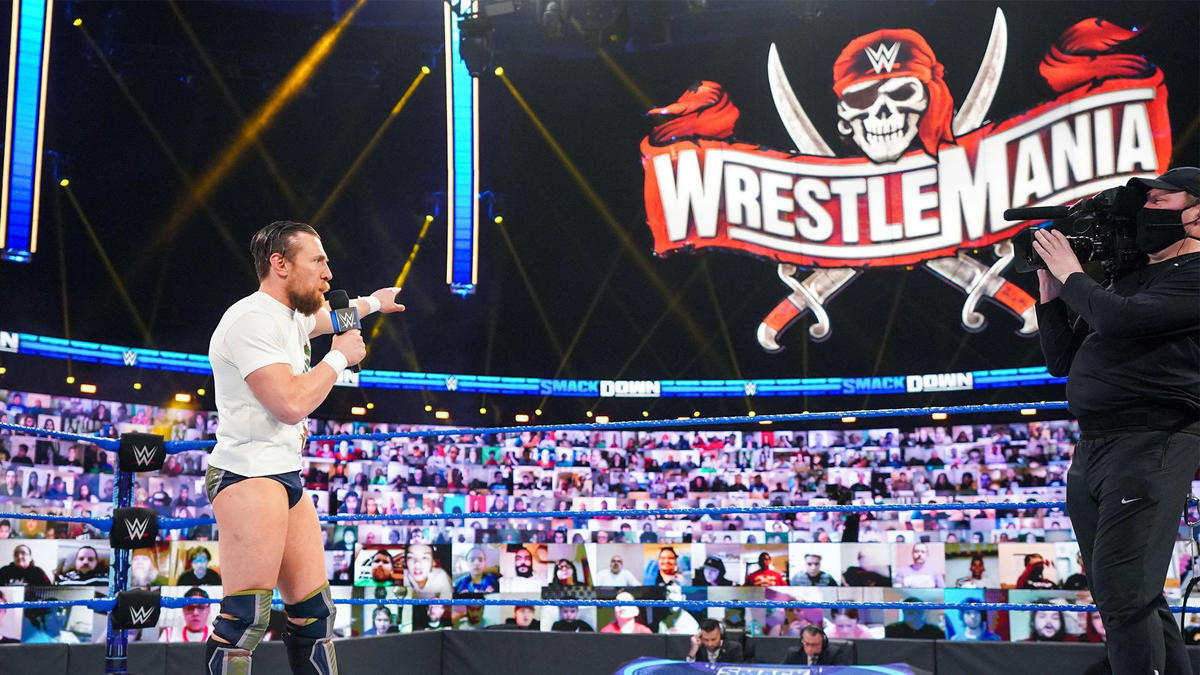 Roman Reigns was out in the ring with Paul Heyman and Jey Uso by his side. He went on a rant saying how Bryan needs him for relevancy before Uso took the mic. He promised to pick up a victory against Bryan inside the cage before taking a shot at him with the mic. Bryan backfired and put him out of the ring to end the segment. 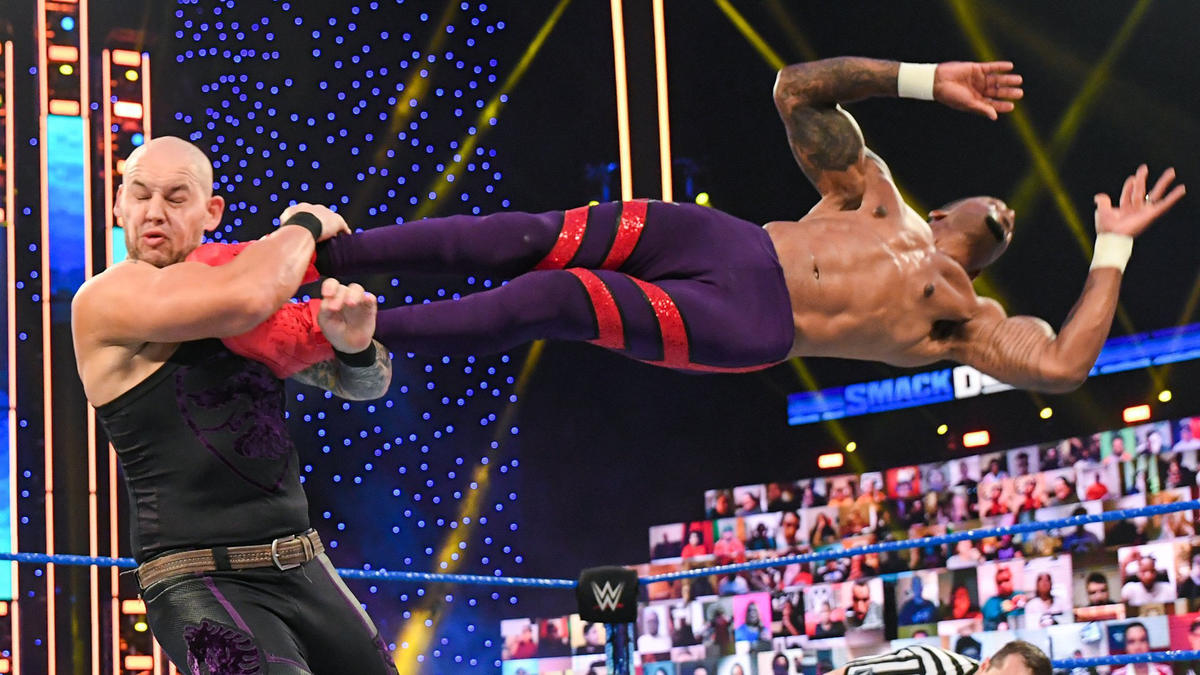 Montez Ford of the Street Profits vs King Corbin was the opening match of SmackDown where Angelo Dawkins and Sami Zayn were standing at ringside. Sami and Dawkins’ ringside trades provided a distraction to Ford who was in control helping Corbin to hit the End of Days for the win.

After the match, Angelo Dawkins challenged Sami Zayn to a singles contest. Sami hit an Exploder Suplex on Dawkins after which Ford started talking to one of Sami’s crew members and started throwing water on the camera. Dawkins rolled up Sami using this distraction for the win. An irate Sami attacked the crew members after the match.

Dominik Mysterio competed in the next match of SmackDown against Chad Gable who hit a Tiger Suplex but Dom blocked a German Suplex. The two then tried with different counters and pinfall attempts until Dominik rolled up Gable for the win. Otis tried to attack Dominik after the match but Rey Mysterio made the save. Rey hit a senton on Otis to keep him down, on the floor.

Bianca Belair vs Shayna Baszler was the next match on SmackDown where Sasha Banks and Nia Jax were presented at ringside. At one point, Carmella’s sommelier Reginald came out and Jax charged at him. Accidentally, she hit Banks outside the ring. Beliar countered a Kirifuda Clutch and hit Baszler with the KOD for the win. After the match, Banks smacked Reginald before making the exit. 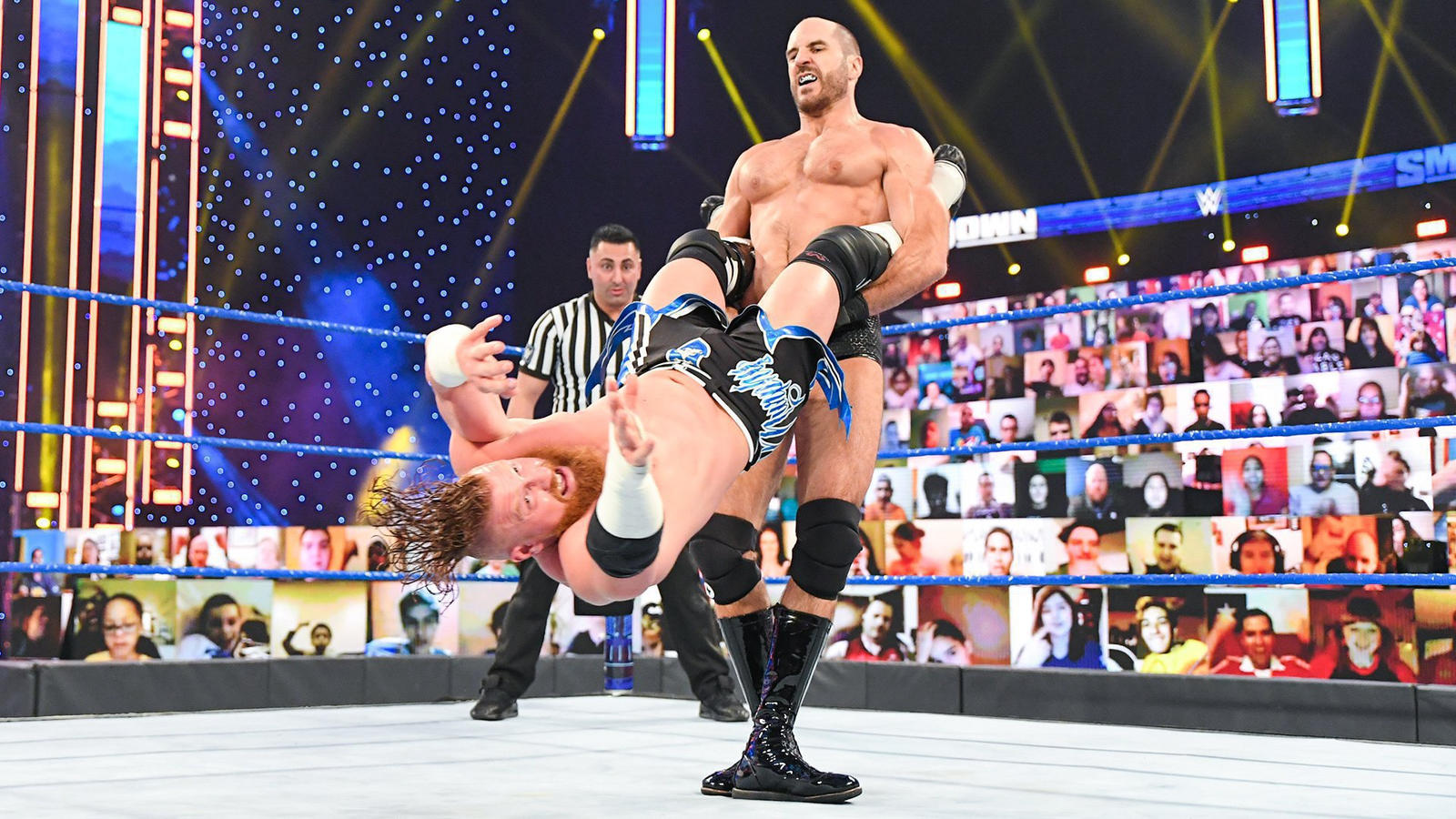 Murphy was back on SmackDown as he competed in a match against Cesaro while Seth Rollins was standing at the ringside. Cesaro connected with some uppercuts before catching him with the Cesaro Swing. He then made Murphy submitted with the Sharpshooter. 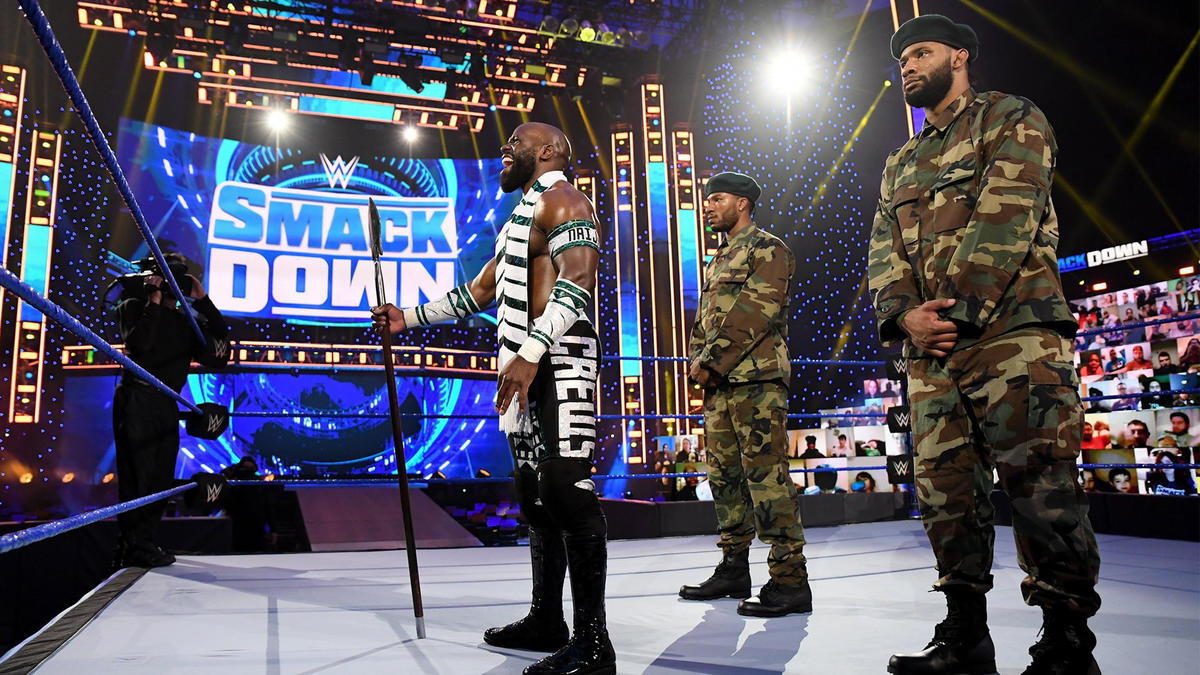 Apollo Crews appeared in the ring in his royal attire who cut a promo about the newly found attitude. He also informed that Intercontinental Champion Big E will be back next week on SmackDown to continue the feud.

Several backstage segments were shown where Natalya and Tamina Snuka complained about Banks and Belair getting a Women’s Tag Team Title shot at Fastlane. Bayley also featured in a segment bashing the fans over their social media activities. 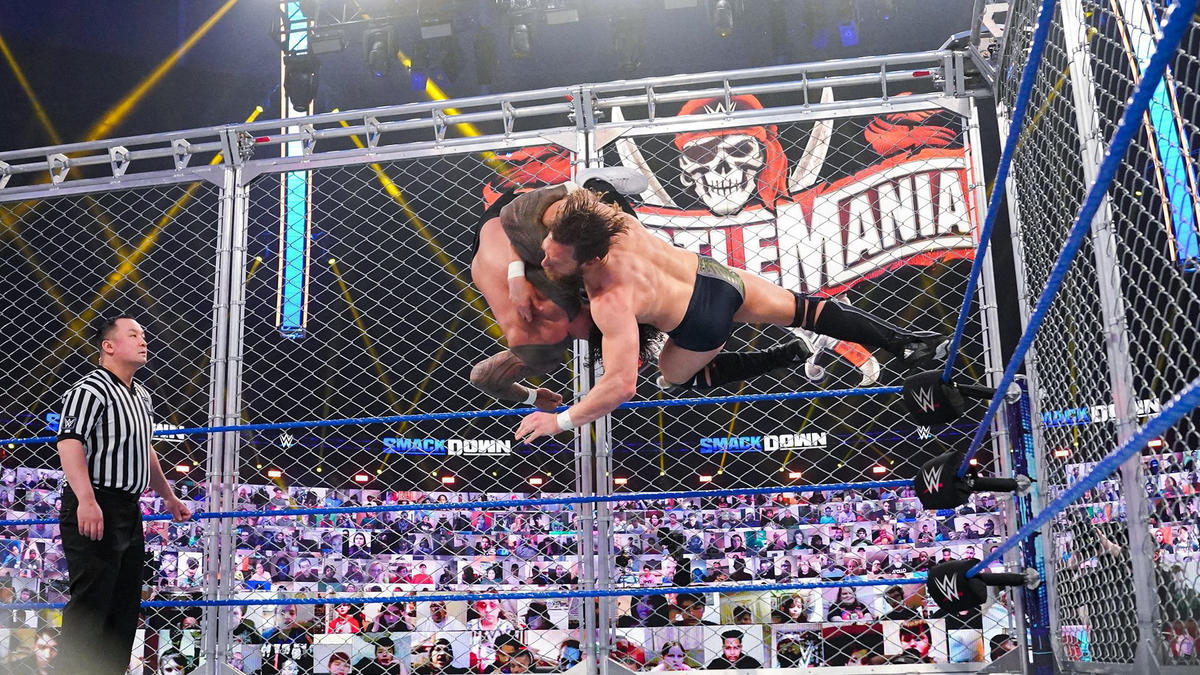 Daniel Bryan vs Jey Uso inside the steel cage was this week’s SmackDown main event match where Uso sent Bryan into the cage structure before trying to escape the ring. Bryan stopped him and hit the Butterfly Suplex as he successfully applied the YES Lock to make Uso tap out. Bryan celebrated this win to end the show as he will now face Roman Reigns at Fastlane for the Universal Title.