Perhaps the most genetically beautiful Diva in the history of WWE is considered to be Maryse. But she is more than just a beauty who more or less cemented herself to be an entrepreneur joining the genre of the likes of The Bella Twins.

At the same time, she is a mother of two babies who also made back-to-back comebacks after both of her pregnancies that deserved a hats-off. She has just turned a year old, yesterday.

Born on January 21, 1983, Maryse has turned 38 who rang in her birthday with her family. With the ongoing coronavirus pandemic going on, no such big celebration is expected, anyway. So, the French-Kiss Diva spent the day with her husband, WWE Superstar The Miz, and two of her babies at home.

As seen on her Instagram profile, a series of photos were shared to throw a glimpse of her birthday cake and decorations from home.

Maryse also added how much she appreciated the small celebration,

“These 3 are my whole life. [black heart emoji] Thank you Madison, Monroe and Mike for making this day the most memorable!!! Thank you for the sweet homemade chocolate cake, flowers and cuddles.”

Being a former cornerstone figure of the WWE Divas roster, Maryse does have a ton of fan following who also celebrated her birthday on social media. So she thanked them for pouring wishes all day long alongside a couple of pictures in a stunning red dress,

“thank you for all the birthday wishes!!!!”

The ethereal beauty Maryse entered the world of WWE through the 2006 Diva Search competition where she was a finalist. She also met her future husband The Miz who was a judge of the contest. Later, she went on to be on top of the Divas roster by winning the title on a couple of occasions. At a glance, her career accolades stand as following, 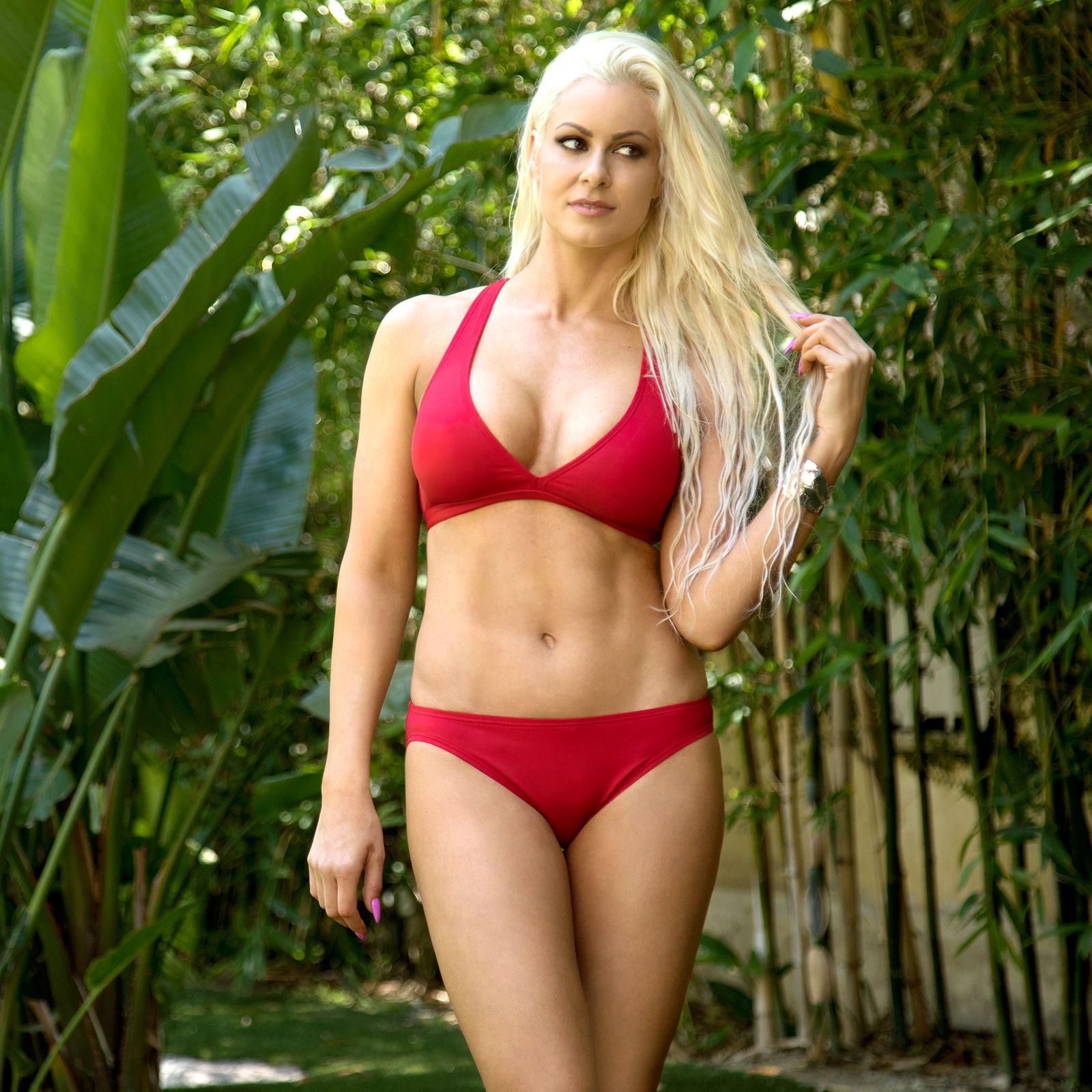 Maryse won the Miss Hawaiian Tropic Canada 2003 Award while she started doing WWE reality TV with Total Divas season 6. Now she has her own show on the USA Network named Miz and Mrs.