Suresh Raina Says MS Dhoni Is All Pumped Up, You'll See His Helicopter Shots In UAE

Chennai Super Kings batsman, Suresh Raina is confident about his skipper MS Dhoni and states he is all pumped up for the IPL 2020, to be held in UAE. The 33-year-old who will be back on the pitch in the IPL has been training on the farmhouse field of Indian Pacer Mohammed Shami in Amroha. A 5-month gap due to the lockdown will come to stop with the chance of playing in the IPL for the cricketers. Suresh Raina said he is excited for the IPL 2020 and the team have been working really hard for this edition.

The BCCI has laid its protocol that Indian players need to test negative five times prior to their training in UAE and will be subsequently tested for coronavirus in every five days during the IPL. CSK have been the title holders thrice and they have been among the most successful franchises in the tournament.

Good To Be Back For IPL Says Suresh Raina

When asked about the feeling of returning, he said ” It’s good to be back for IPL. We are all excited for this season. We have been working really hard for this edition and I am sure everyone will enjoy the action.” 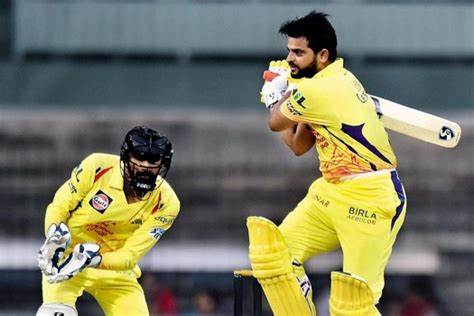 Suresh Raina told about the training with MS Dhoni and how his return is likely to be after a span of 12 months away from competitive cricket.

” I used to be there with him and he was practising actually arduous (earlier than the pandemic). Hopefully, you’ll see his helicopter shot quickly. He’s been an awesome model ambassador for IPL and such an awesome cricketer. You will see him in his finest preventing spirit. He’s all pumped up and searching ahead to going to UAE and entertain all his followers,” Suresh Raina said.

On playing with empty stands, Suresh Raina feels it’ll be a big problem to play without any support and he’ll definitely miss the fans.

“That can be a problem and I used to be studying someplace that we’d have 30-40% crowds. But even then, it could be troublesome. We will likely be lacking our Chennai crowd. But this 12 months we’ve got an additional duty. Since all the followers will likely be watching the sport on TV, we’d like to ensure the perfect cricket is performed and we have to go on the market and play robust for Chennai Super Kings,” Suresh Raina further said.

The 33-year-old has enjoyed the IPL thoroughly and has 5386 runs in 193 appearances. A solid hitter of the ball, he is a joy to watch. He has a colossal strike rate of 137.14. Raina is well known to perform under pressure at multiple occasions where he has steered his team to victory. Raina has been out of the Indian team lately, but when it comes to IPL he has been a consistent starter.

IPL 2020: SRH’s Bowling Attack Can Prove To Be Very Dangerous For Other Teams, Says Sunil Gavaskar

IPL 2020: Jimmy Neesham Getting Bored In Bio-Secure Bubble Asks Fan To Give Him Contact Numbers For Renting A Golf Simulator