The Paris Saint-Germain opened the scoring just seven minutes into the thrilling game when he finished off a stunning cross-field one-two with strike-partner Luis Suarez. Portugal equalised after the break when Pepe found the back of the net with a towering 55th-minute header. However, the joy of getting into the game was short-lived for Portugal as Cavani hit back with a brilliant first-time strike (62) to send Oscar Tabarez’s men through to the last eight for the first time since 2010.

The defeat has all but ended Ronaldo’s hopes of winning a World Cup in his illustrious career. Ronaldo exited from the tournament on the same day as La Liga rival Lionel Messi. 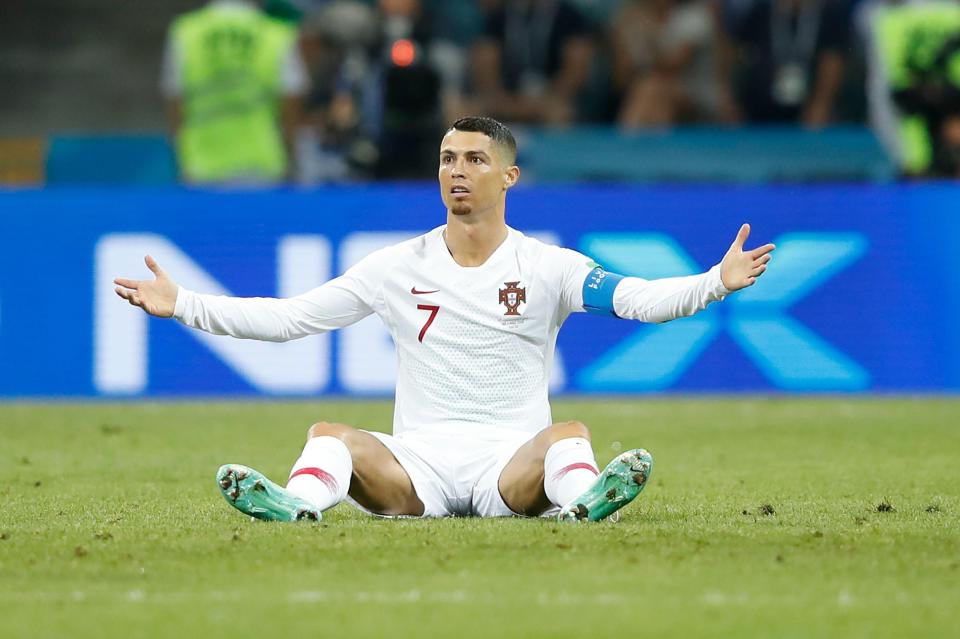 Ronaldo started the game on a promising note. The Real Madrid star performed a theatrical flick on the left flank before shooting  straight at Fernando Muslera. However, it was Uruguay’s talismanic duo of Suarez and Cavani who made the first impression.

Exquisite technique, timing and teamwork were all present as the two combined to score a goal inside the first 10 minutes. It was the goal of highest quality that could have left any defence answerless. Cavani, standing on the right wing,  hit a brilliant crossfield pass to Suarez wide left. The Barcelona forward held the ball for a moment as Cavani made his way into the area. And as soon as Cavani marked his position, Suarez unleashed a stunning cross for his strike partner to head home. 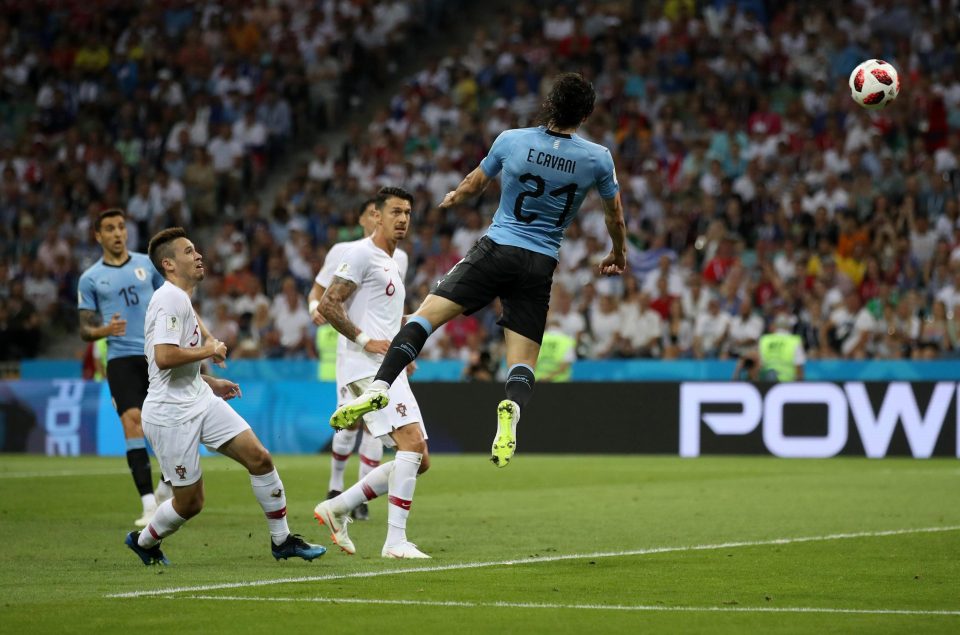 The European champions responded well after going behind. However, Ronaldo’s bullet header was interrupted by Jose Gimenez before the Ballon d’Or holder smashed a free-kick into the wall.

Portugal started the second half with a lot of intent and got the reward soon. Raphael Guerreiro crossed after a short corner and Pepe leapt unmarked to draw his side level. 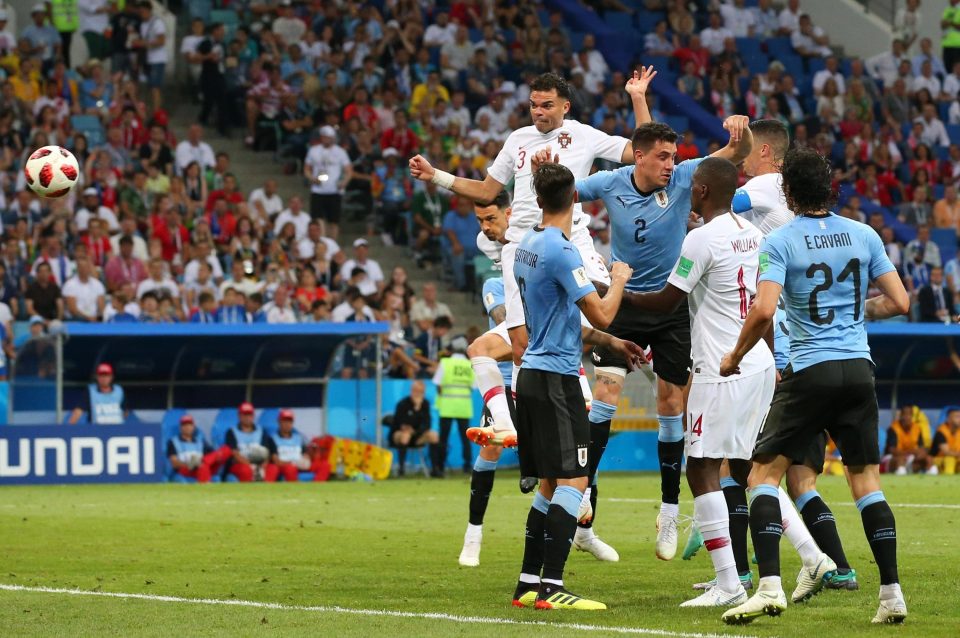 However, Uruguay took just seven minutes to restore their lead. Bentancur rolled one that Cavani swept into the far corner. 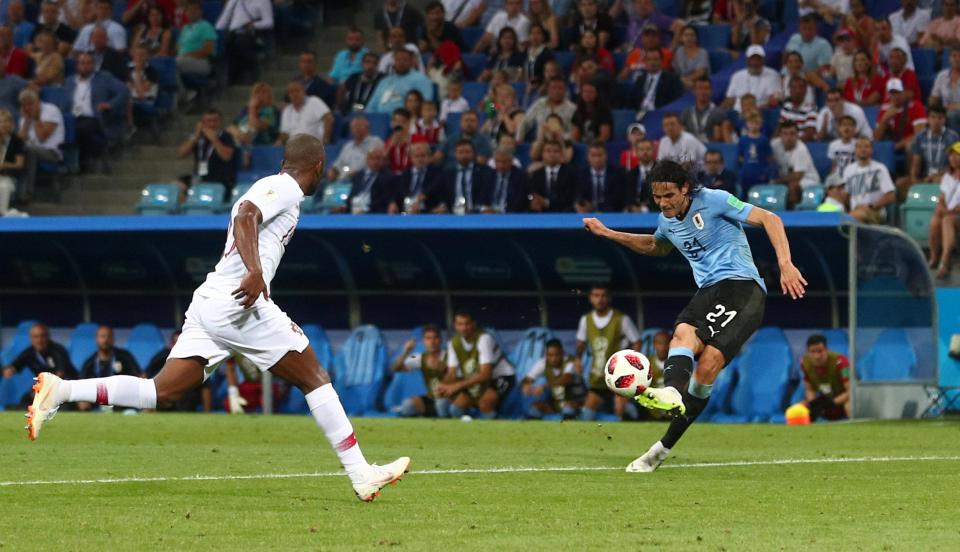 Uruguay’s night, however, ended on a sour note as Cavani hobbled off shortly after scoring the winner. The South Americans, nonetheless, managed to hold on to advance to the next stage.

Boy oh boy, Uruguay punch above their footballing weight like no other country. Cracking finish from Cavani, one of their 3 million people.

Cavani's lofted pass to Suarez. Suarez's return pinpoint cross for Cavani to finish. A moment of wonder forged by 2 men born within 3 weeks of each other in Salto. (Population 100,000) Just 2 kids from the same hood dazzling together on the world's greatest stage ??

Not a great day for GOATs. ? pic.twitter.com/YwUCIdiLgv

So close, yet so far… #WorldCup #Cristiano #Ronaldo #Messi pic.twitter.com/OMLo4C8hmd

Everybody was hyped about potential Messi v Ronaldo clash in the quarterfinal.

Kylian Mbappe and Edinson Cavani apparently took it as an insult and decided to score 2 goals each to send both Messi and Ronaldo home.