Arsenal managed to squeeze out a much needed win in the Premier League as they were precise rather than pity in beating AFC Bournemouth at the Dean Court. The game was not as how the score line defines it as Bournemouth was equalling, if not more, enthralling as Arsenal. The London club and its supporters will welcome this result with a relived heart as the team has managed to keep in touching distance with the league-leaders, Leicester City.

Arsenal manger Arsene Wenger spoke of his content in the performance of his team, emphasizing the effect of Mesut Ozil in the game, who was amazing throughout the game. He also expressed his relief over not conceding a goal, after the team got the lead.

“It was important for us to not concede a goal.” Wenger spoke to the media  “In the end the second half was about keeping the result than continuing our flow in the game. It was an important three points for us.”

Wenger admitted the second half was tensing, and hailed goalkeeper Petr Cech for his saves. He also lauded the performance of AFC Bournemouth.

“There were some moments where Petr Cech had to make some saves.”

“Bournemouth is a good team. They maintained that physical level from the first to the last minute and I think they can beat anybody.”

Wenger also found moments to praise the industrious and stirring performance of Ozil, and also fascinated how he could improve if he can finish with his both legs.

“He has become a very important player. He has added a fighting attitude today. It was a top, top performance from him today.”

The Frenchman also revealed his relief over getting back to winning ways, after four Premier League games without a win, their worst record since 2009. He also told that Leicester City have suddenly become the title favourites.

“We had gone four games without a win and when you play at the top it is a long period so your confidence drops a bit. Leicester were running away and us playing them next week makes the game very interesting. In one week Leicester have beaten Liverpool and Manchester City. That means that they suddenly become the favourite to win the Premier League.”

Arsenal with the win tonight will leapfrog Manchester City to third position, but are still away from top of the table by 5 points. Arsenal will welcome League-leaders Leicester City next Sunday and the game could define their Premier League season. 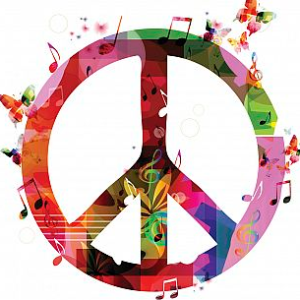 A proud Indian. Gooner. Sachin fan. Bookworm. In that order.