Liverpool face Tottenham in a tasty midweek fixture in the Premier League with both clubs having impressed in their respective derbies. Tottenham defeated Arsenal while Liverpool were held to a goalless draw by Everton, the two teams are at top end of the table in the Premier League and this should be a game that both sets of fans enjoy as both teams play an attacking game.

Liverpool midfielder Lucas Leiva faces a month out due to a thigh injury he picked up against Everton, this opens the door for another midfielder to hopefully make a return to the squad, Joe Allen who played against Everton but was quite poor. Steven Gerrard may not start the game against Tottenham considering that he doesn’t always play 2 games in 4 days. Liverpool are unsure about Philippe Coutinho and Raheem Sterling, who picked up slight knocks but would be assessed just before the game.

Tottenham on the other hand have no issues regarding their squad and are at full strength, they might decide to give a rest to a few players, especially since the Europa League is about to begin. Two young players at the top of their games, if Raheem Sterling is responsible for almost every good thing about Liverpool’s attack over the past few weeks, Eriksen has been the go to guy for Tottenham (apart from Kane). Sterling and Eriksen both are wily players and they would be looking to make the difference for their teams. Coutinho has been in remarkable form over the last 3-4 games and although he did have a poor derby, he will be looking to prove a point against Tottenham. Spurs on the hand have the hottest striker in the Premier League, at least the hottest English striker. Kane scored a brace in the win over Arsenal and will be looking to break Red hearts. 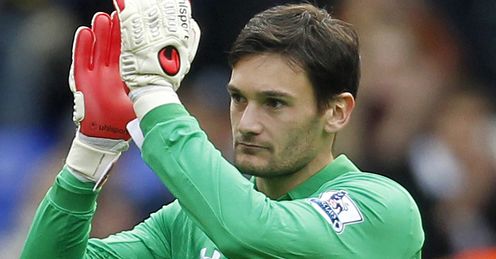 Had this been a couple of months back, this would not have even been a contest but to his credit, Simon Mignolet has worked hard and has more clean sheets in the Premier League than David De Gea. Hugo Lloris will have his work cut out to keep a force of Sturridge, Sterling & Coutinho from scoring in the game and it will be fun to watch which goalkeeper can keep a clean sheet.

Liverpool have won their last 4 games against Tottenham in all competitions.

Liverpool are unbeaten in their last 8 Premier League games.

Liverpool have not conceded a goal in their last 4 games.

Joe Allen, Liverpool midfielder: “It was a tight contest against Everton, we gave everything to get those three points but playing Everton on their own patch is never easy. We had chances and on another day one might have gone in. We did come close. On the flip side, it was important not to lose the game. I don’t think we’ll view it as two points dropped.

“We will give everything to get into the top four. We have ground to make up and work to do but it starts in our next game against Spurs. They had a great win against Arsenal so we will need to make sure we’re on top of our game to get the three points. It makes for an exciting game.”

Mauricio Pochettino, Tottenham head coach: “Harry, today, showed that he is a great player – it was a great performance, but he still can improve; he can improve and we need to push him to develop his potential. His potential is massive. It’s true that Harry is in a very good moment.

“I would like to congratulate him and the players. It is a special three points, but we need to look forward.”

Liverpool and Tottenham both are in great form and it will be very hard to separate the two clubs, so the end result from this game would be a draw.