According to reports in English news outlet The Sun, Manchester City are contemplating the idea of lining a shock bid for out of favour Chelsea star Cesc Fabregas.

The daily claimed that City boss Pep Guardiola, who worked with Fabregas during his time with Barcelona, is preparing a stunning £20million move for the Spain International in the upcoming winter transfer window. The report also claimed that Cityy are happy to improve Fabregas’ current £160k-a-week deal and even offer a future move to sister club New York City in the MLS. 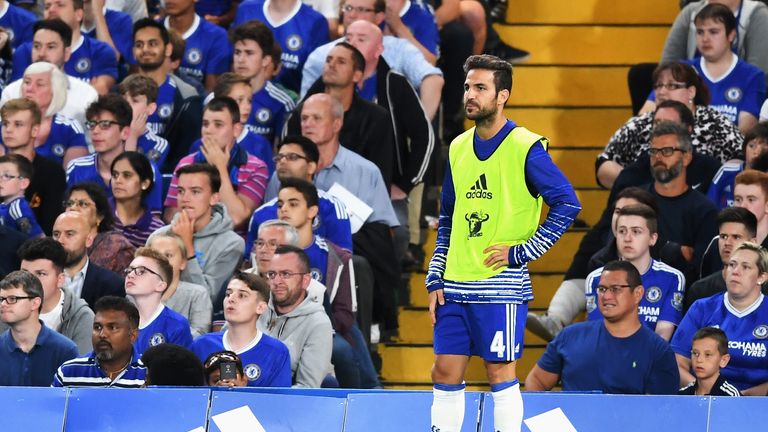 The Spain international, who played a starring role in Chelsea’s successful Premier League campaign in 2014, has fallen down the pecking order at Stamford Bridge after a dismal performance in last season and then the arrival of Premier League winning midfielder N’Golo Kante has made the matters worse for him. The Spaniard has played just 87 minutes in the season so far and it is looking highly unlikely that his condition will improve under Antonio Conte.

Fabregas has turned down AC Milan and Juventus this summer in an attempt to win back his place in the team but the signs are not promising for him so far.

On the other hand, Guardiola is desperate to add quality to his midfield after a run of four winless games. Fernandinho has failed to impress the former Barcelona and Bayern Munich manager and with Yaya Toure unlikely to feature in the team, Fabregas has emerged as the top target. The Spanish tactician bought Fabregas for Barcelona from Arsenal in 2011 for £35m. He scored 20 goals with 15 assists as Barca won four trophies that season.