The Manchester United squad is always known for celebrating festive seasons together. And this time the occasion is Christmas! Yes we all know Christmas is about 50 days away but the Red Devils were spotted attending a Christmas Party at The Place Aparthotel in Piccadilly.

The party was a grand one as it ended at 1 in the night. Arrangements for bands and fire breathers were made inside the hotel’s nightclub. The player turned up to the location in their fancy cars along with their better halves.

Rooney was seen with wife Coleen who is expecting their third baby. Manager Louis van Gaal was also spotted with his wife at the event. Bastian Schweinsteiger was rocking the dapper look as he entered the hall with girlfriend, Tennis superstar Ana Ivanovic.

Here are some of the images from the party :

Mrs. Rooney arriving at the party.

Captain Rooney at the event.

United keeper dave was seen entering in his fancy car.

Chris Smalling and his ever gorgeous partner, Sam Cooke.

Rojo and his wife, Eugenia Lasrado.

Memphis turned up alone and Shaw was seen at the party too, seems he is covering quickly!

New United keeper was seen with his girl, too.

Blind, Carrick and Lingard entered with their girlfriends, all smart and classy.

Ander Herrera turned up with his partner and Fellaini was seen dressed up really well.

Confirmed: Italy legend will NOT join ANY EPL club in January 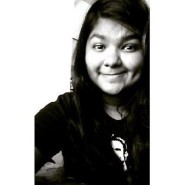