Chennaiyin FC tasted their first defeat of the ongoing Indian Super League when they were thrashed by the Delhi Dynamos 4-1 at Delhi. Chennai had won their last two games and were the only team left with a 100% win record in the ISL but that all dramatically changed when Delhi finally hit top gear and smashed 4 past the Chennai team.

Delhi secured their first win of the league thanks to goals from Wim Raymaekers, Mads Junker, Bruno Arias and Gustavo dos Santos. The 4 goals were split equally in the 2 halves. The win catapulted Delhi to 4th position in the table and gives them a shot in the arm which was missing for the previous games.

The only bright spark from the game might have been Elano’s brilliant freekick; the Brazilian seems to enjoy Indian conditions as he has now scored in all of Chennai’s games, 2 goals from freekicks and one from the penalty spot.

However, the Chennaiyin FC coach, Marco Materazzi said that there were some positives despite the huge loss.

“Sometimes, when you lose after 4-1 it seems all bad but we played well in the second half and at 2-1 we were the better side. However, the penalty killed the game,” Materazzi said after the match.

The team would now look to bounce back in the next game when they take on Mumbai City FC at home on October 28th.

“People might think we are defensive but we had plenty of attacking players on the pitch like Elano, Balwant (Singh), Bruno (Pelissari) and later (John) Mendoza and (Jayesh) Rane. So there was plenty of attacking force but it just didn’t happen for us today.” The former Italy and Inter Milan player stated. 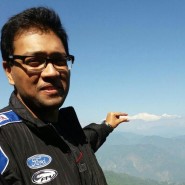 City try to play more or less like us: Barcelona’s Pique