Southampton host Liverpool in a crucial tie which could provide the momentum for either club to get into the top 4 at the end of the season. Southampton were expected to trail away but they have held on well to their top 4 spot and could further improve their hold if they are to beat Liverpool. Liverpool on the other hand are unbeaten in their last 17 games and are coming off a hard fought 1-0 victory over Besiktas in the Europa League in midweek.

It took a late Mario Balotelli penalty but the real talking point from the game was the tussle between Henderson and Balotelli about who would be taking the penalty, nevertheless Liverpool would be looking to repeat the performance of last season when they brushed aside Southampton at St. Marys.

Southampton will be looking to show Liverpool that they do not miss any of their former players, Lambert, Lallana and Lovren all joined Liverpool in the summer but a new look Southampton will be without Shane Long, and there are doubts about the fitness of Schneiderlain & Alderweireld. They will also miss out on the services of Ryan Bertrand, who is suspended for this match.

Liverpool are in for some good news with Raheem Sterling having played a few minutes in the Europa League tie against Besiktas and he could be making a start against Southampton. The game might come a little too early for Steven Gerrard who is still nursing a hamstring injury he picked up and Lucas Leiva would also miss out on the starting XI. Ronald Koeman certainly signed a player and a half in Graziano Pelle, the Italian has scored 12 goals in all competitions for the club and will be up against one of the hardest defenders in the league, Martin Skrtel. The Liverpool defender will be looking to keep Pelle in his pocket and try to give his club a chance of winning the game.

It would have been unflattering to Forster if we were to compare Mignolet with him a few weeks ago but both goalkeepers are in the form of their lives, especially Mignolet who can do no wrong. This battle will sure be one of the talking points from the game. 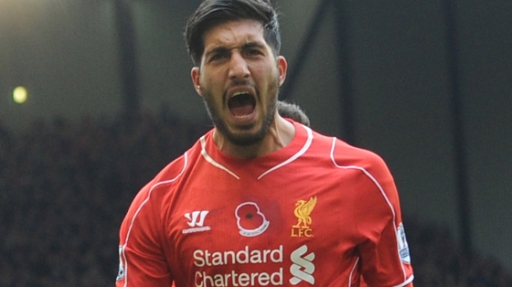 Two tough players who can take on any player in the league, while there is no surety as to where Emre Can would play in the Liverpool formation, one thing is for sure, he is versatile enough to do a job in midfield which would provide an amazing battle with Victor Wanyama.

Pelle has not scored for 727 minutes in the league.

Liverpool have not conceded a goal in their last 4 away games.

Southampton have lost just one game from their last nine matches in the league.

Southampton have conceded the fewest goals in the Premier League.

“I think it’s about teams. I don’t expect Liverpool to come in that way on Sunday,We have to know that Swansea and West Ham didn’t come to Southampton to play open and offensively. That brings difficulties and we didn’t have the quality to break them down.

This Sunday is totally different, but it’s all about sharpness in the box, possibilities. I think it’s a good time to score goals and create more opportunities than we did in the last two games.”

“They’ve kept their momentum going over the last five seasons,” he said. “They’ve found themselves in the top four and deservedly so. With 13 games to go, it would be a big step for us to get a result. We know we’ve got the quality and confidence to go there and get a result. We need to keep edging towards it [the top four].”

Liverpool played in midweek while Southampton did not have to play the last weekend as they were already out of the FA Cup, this would be the perfect time for Southampton to consolidate their top 4 place and knock Liverpool a little further out of the race.