Two new championship matches have been added to the AEW Battle Of The Belts IV special event set for this Friday. In the first one, Ring of Honor World Tag Team Champions FTR (Dash Wilder and Dash Harwood) will be putting their titles on the line against The Gates of Agony.

During this week’s Three-Year Dynamite Anniversary episode on TBS Network, The Embassy launched an attack on Brian Cage after he was defeated by TNT Champion Wardlow with the title on the line. Wardlow’s tag team partner, Samoa Joe then ran down to make the save but he was also victimized by the number-game of the heels. 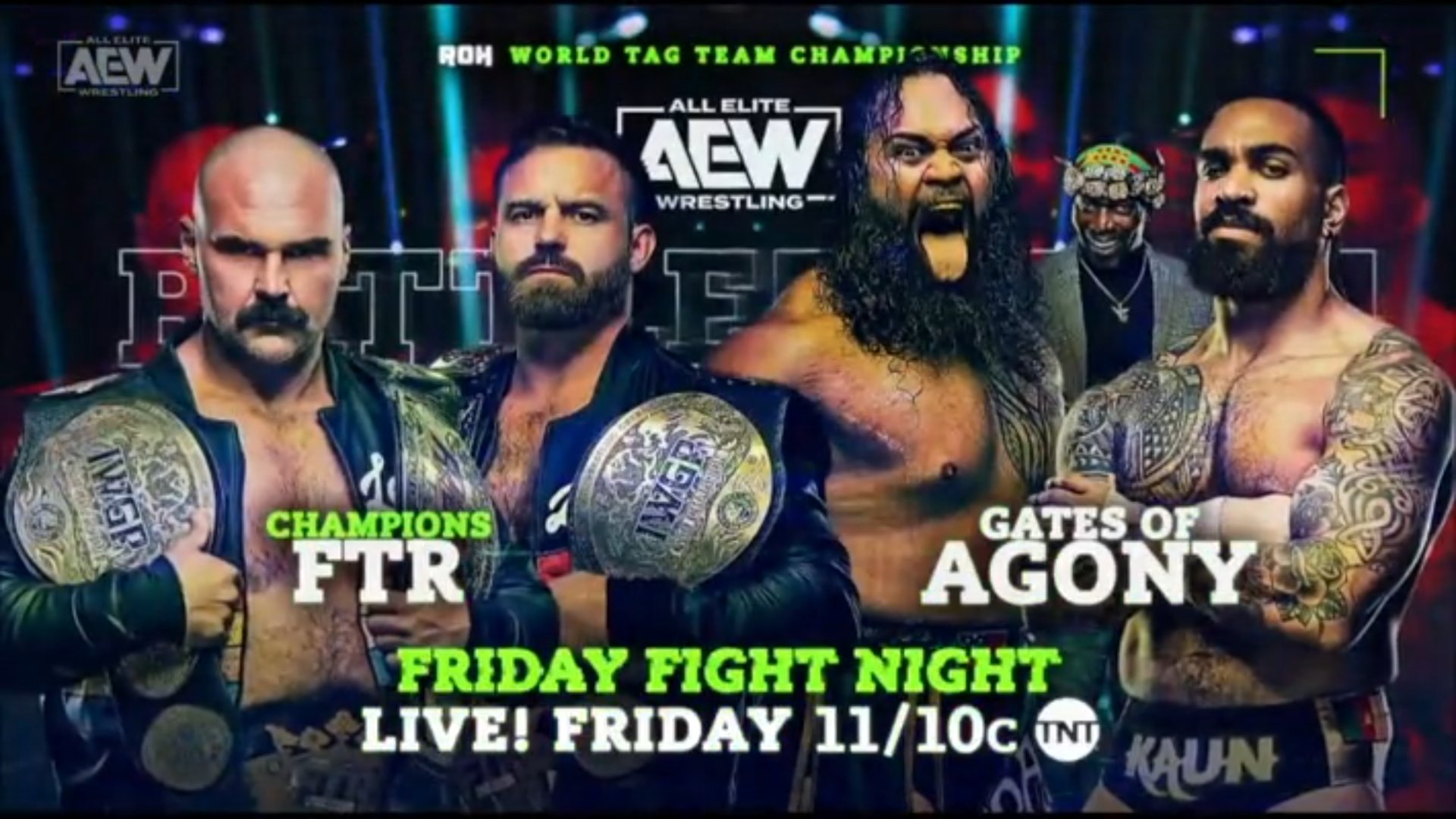 FTR’s music then hit the arena as the duo ran down to the ring to make the save and thereby have a face-off with their next challengers to set up the title match at AEW Battle of the Belts. FTR has been the ROH Tag Title Champions since defeating The Briscoes at Supercard of Honor XV back in April. The top AEW tag team has also been holding the AAA and IWGP World Tag Team Championships.

In more announcements for AEW Battle of the Belts IV, AEW TBS Champion Jade Cargill will put her title on the line against Willow Nightingale. Last night on Dynamite, Nightingale teamed up with AEW Interim Women’s Champion Toni Storm and Athena to secure a win over the team of Serena Deeb, Jamie Hayter, and Penelope Ford.

Later in a backstage segment, Nightingale celebrated her win and challenged Cargill for her title. Cargill initially denied the challenge saying that she had already beaten Nightingale twice. But Nightingale insisted the champ beat her for a third time, forcing the latter to accept the challenge. Cargill, the undefeated superstar has been the TBS Champion since January 2022 and she is the only holder of the title since its inauguration. 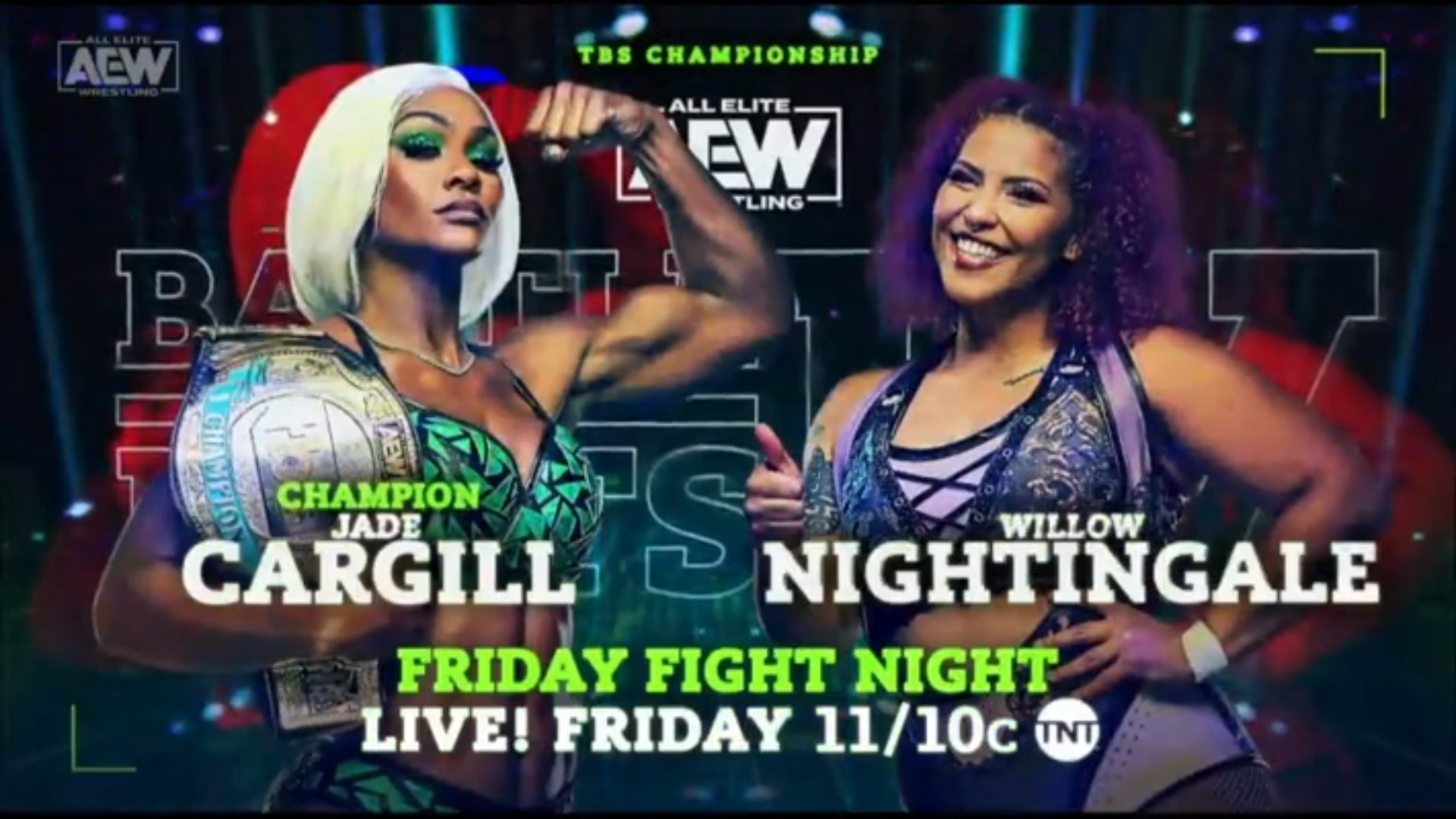 AEW Battle of the Belts IV will be taped after this week’s Rampage goes off the air on Friday, October 7 from the Entertainment & Sports Arena in Washington, DC. The current full match card for the quarterly special event goes as follows,