One of the most discussed topics in the WWE right now is the fact that Brock Lesnar is no more under their banner, anymore. His deal with the company apparent expired at the time of WrestleMania 36 and it’s apparently not renewed. Now, it seems that WWE would be needing to reach some kind of a deal with him by the time of next WrestleMania because he has a challenge waiting for him.

Daniel Cormier hasn’t become a WWE Superstar, yet, but he is a former UFC Heavyweight Champion who s retired from MMA fights which led the fans to think about what could be next in her career. There were reports suggesting that Cormier could join WWE’s announce desk on SmackDown. It could happen but before that, he has a match in mind against Brock Lesnar. 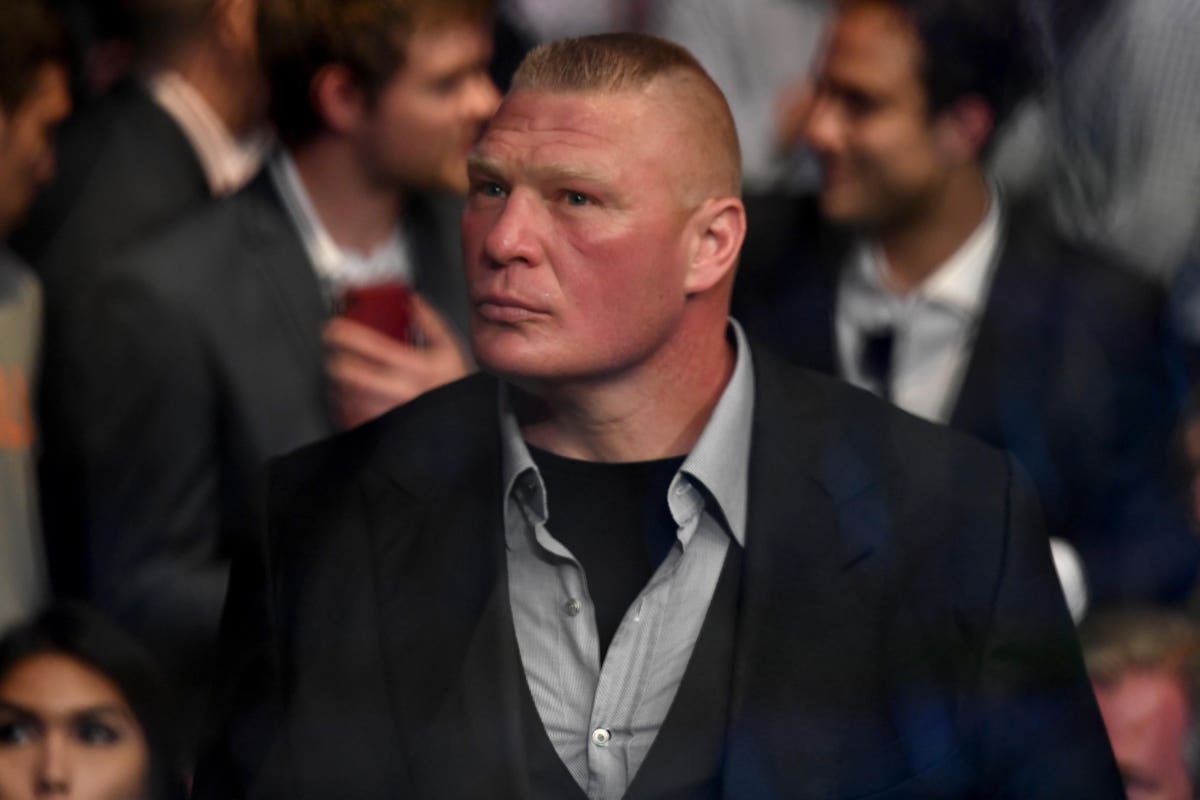 While speaking to ESPN‘s Ariel Helwani, Cormier said he’s done with UFC fighting. But now he’s ready for his next challenge that is to face Brock Lesnar in a wrestling match at WrestleMania.

“I’m done, I want to wrestle with Brock in the WWE, that’s where I want to fight Brock. I want to fight him on his terms. You know, two old guys in the UFC Octagon going at it, 43-41-year-old guys seem fun, boy, me and Brock at WrestleMania that would be a good time.”

Only the future would tell if WWE can sort things out and offer this mouth-watering bout to their fans. This high-caliber match is something that the pro-wrestling universe as well as the MMA fans would be looking forward to. It is something hard to be passed up. But more than that there’s uncertainty around WrestleMania 37 due to the coronavirus pandemic. The current insider belief is that WrestleMania 37 won’t be going Hollywood, as per the original schedule.

However, reports also stated that WWE is already having some plans to bring back Brock Lesnar into their programming in time for WrestleMania 37. If that is the case then they’d try to organize the show in a venue where the audience gets to attend in some capacity, at least, and host this fight between these two former MMA competitors. 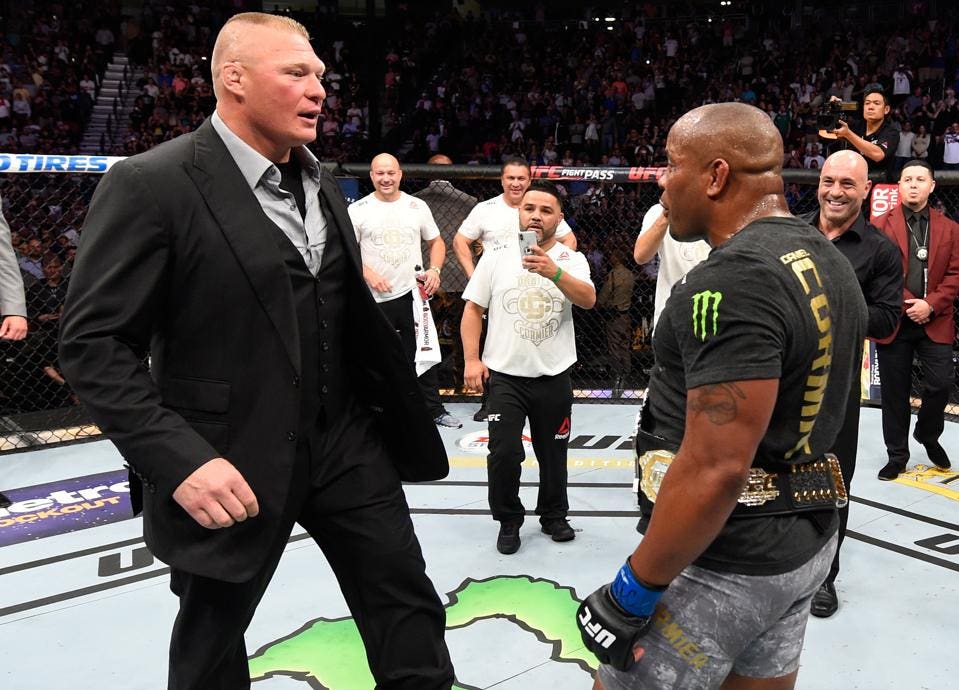 In the meantime, it’s being stated that there’s some serious contract dispute ongoing between WWE and Brock Lesnar. Kurt Angle discussed the current situation saying that something must have happened which is why WWE wiped all of his merchandises off of their WWE Shop website,

“I don’t know. I don’t know what transpired. Something had to have happened because I heard they pulled all this merchandise off the shelves. So it’s not just Brock not having a contract and not knowing where he wants to go. The company, obviously, they’re not going to let him go. Brock’s pretty level headed. He doesn’t get in any trouble. So there’s no reason to fire the kid. He’s a tremendous athlete, a tremendous employee. So I think Brock just got tired of doing it.” (Quotes courtesy wrestlingINC.com)