WWE Survivor Series WarGames 2022 premium live event aired, live from the TD Garden in Boston, Massachusetts. It marked the 36th annual event hosted by the WWE, the 4th one to be held in Boston and the first one to take place on a Saturday.

Raw Women’s Champion Bianca Belair and Dakota Kai began the match. As Bayley’s team had the WarGames Advantage, the next woman to enter the match was from her team, IYO SKY. The following order of entrants to the women’s Survivor Series WarGames 2022 match were – Asuka, Nikki Cross, Alexa Bliss, Mia Yim, Rhea Ripley, and Becky Lynch.

Asuka neutralized Ripley by spitting green mist on her face followed by the Asuka Lock on a ladder. IYO SKY hit a Moonsault from the top of the cage on top of Bianca and Mia in a huge spot. Nikki tried to handcuff Alexa to the cage, but instead, she got herself tied with Alexa tied in the hand. Alexa also slammed her on a trash can.

It was Lynch who got the pin-fall win for Team Bianca at Survivor Series WarGames 2022. Belair set both SKY and Kai on the table as Lynch climbed to the top of the WarGames structure. Lynch hit a huge Leg Drop from the top through the table on both SKY and Kai. Lynch then got the win by pinning SKY. Bayley tried to break the pin but Belair stopped her with a KOD to the cage. 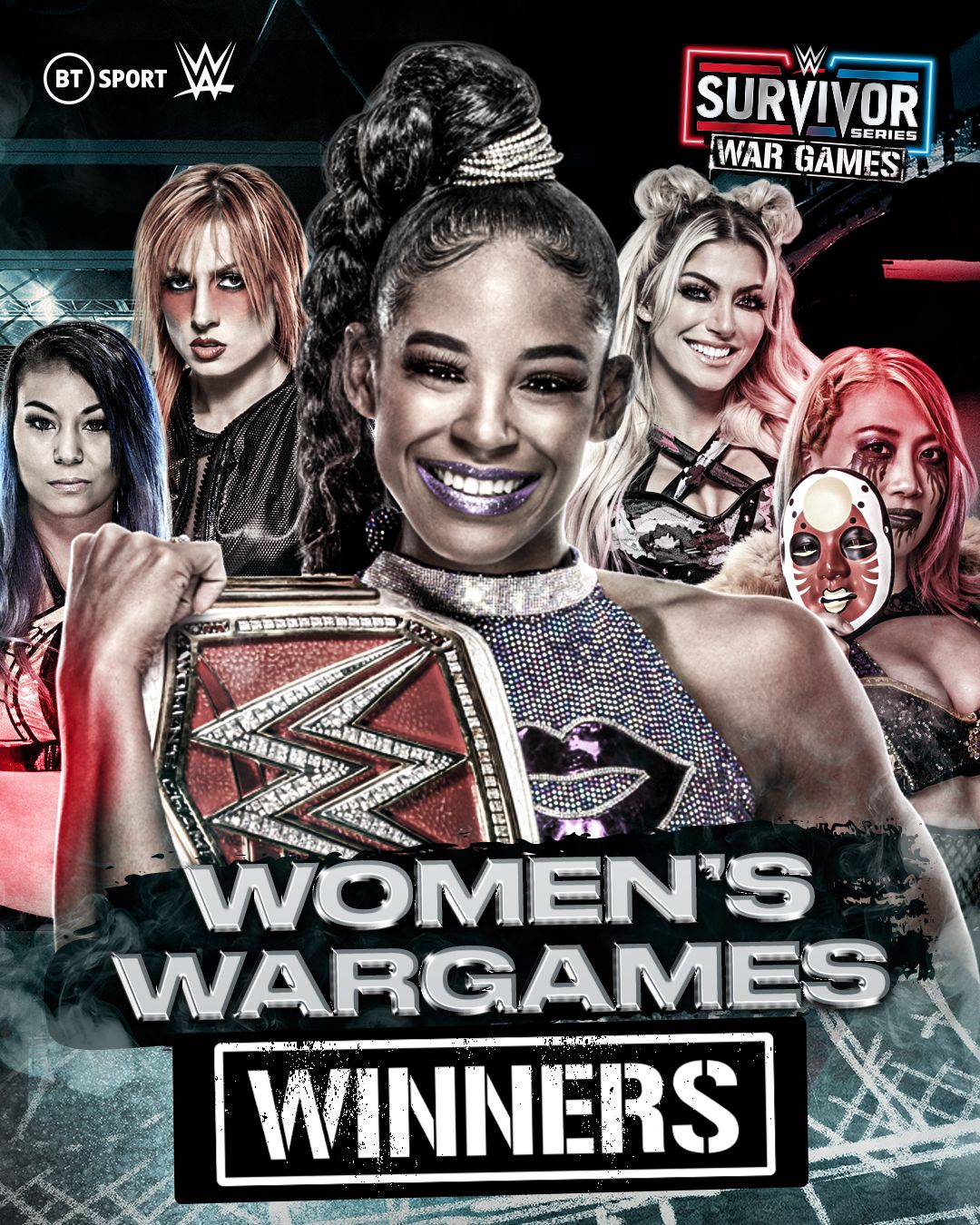 Thus, it was a sweet redemption for the babyface team on Team DAMAGE CTRL for months of torments. Lynch was out of action due to a separated shoulder (on a kayfabe note, she was taken out by Team DAMAGE CTRL) and she returned on the November 25 edition of SmackDown to join the Survivor Series WarGames 2022 matchup. Lynch originally picked up the win during her match against Belair at SummerSlam on Saturday, July 30.