Arsenal transfer round - Pedro, Shaqiri and Seydou linked to a move to Emirates Stadium | Sportzwiki

Arsenal transfer round – Pedro, Shaqiri and Seydou linked to a move to Emirates Stadium

Arsenal transfer round up

Reports have suggested that Barcelona’s winger Pedro can possibly sign for the Gunners and re-unite with Alexis Sanchez at the Emirates Stadium.

The Spain International has scored 6 goals this season in all the competitions, and is feeling frustrated under new coach Luis Enrique due to lack of first team football. Pedro has just started six games in La Liga this season.

According to the Express, reports in Spain suggests that the 27 year old is looking for a move from Nou Camp and Gunners manager, Arsene Wenger, is interested in signing the winger.

The Express claims that the Frenchman is considering a bid of £26 million for the player. 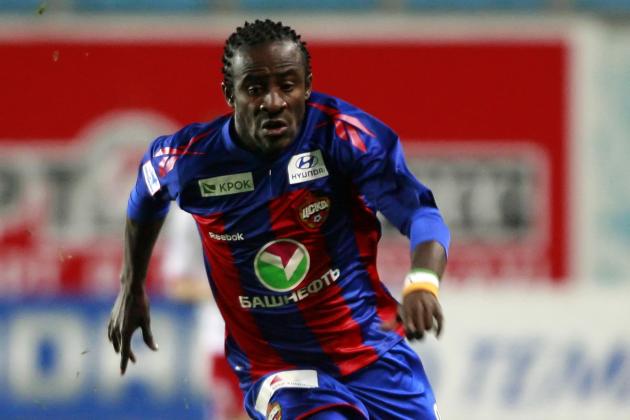 Arsenal has been given a green flag by CSKA in the pursuit to sign Seydou Doumbia. The Gunners were told by Moscow to pay £20million in order to sign the striker.

Seydou was almost near to sign for the Gunners in the summer and the Ivory striker is in great demand this winter.

CSKA’s director Roman Babaev cleared the cloud by speaking to media, Roman told that there are many intersted clubs to sign the Ivory Striker, and any interested party should be ready to pay £20m for his services.

The director quoted on the Daily Express website:  “If I have to make an assessment based on the market and the level of the player, I think that Doumbia is worth £20m.”

The Swiss International is on the radar of the Gunners from recent months and Arsene Wenger will try to sign the youngster in the coming transfer window.

According to Dailystar, Arsene Wenger is preparing to sign the Swiss International and is preapring a bid near £10m for him. The 22 year old youngster is a wonderful prospect and the Frenchman will try to get him before Liverpool signs him, since Brendan Rogers is also monitoring Shaqiri.

Arsene Wenger was tracking the young defensive midfielder for months and finally made their bid for him a fortnight ago.

According to Dailystar, Arsenal made a bid of €1.6 million for the Polish International and as the report say Krystian has accepted the terms on a move to the Emirates Stadium.

Bielik travelled to England this week with his father to look at the facilities at the Emirates Stadium and is happy to sign for the club. The move will boost the salary of the teenager from

All that remains is on Krystian’s decision if he wants to join in the winter transfer window or summer.

When India bundled Australia for 93 runs

Shahid Afridi denies a handshake with a girl

U-17 World Cup: Match Against India Crucial For Us, Says Ghana Coach

Had no talks with Mourinho: Van Gaal