Jose Moruniho’s side have all players fit to feature on Saturday when they host Newcastle at Stamford Bridge. John Terry, Matic, Hazard, Fabregas and Ivanovic were rested against Watford last weekend and will be featuring against Magpies on Saturday. The recent form of Chelsea wasn’t the same as it was at beginning of the EPL and lack of rest can be the main reason for recent inconsistency in the form. But a 10 day rest would have done a lot of good to the squad and this will help the Blues on Saturday. Since Nigeria failed to qualify for the African Cup of Nations Mikel will be available and Ramires is also expected to come in the match since he is fully fit to play. 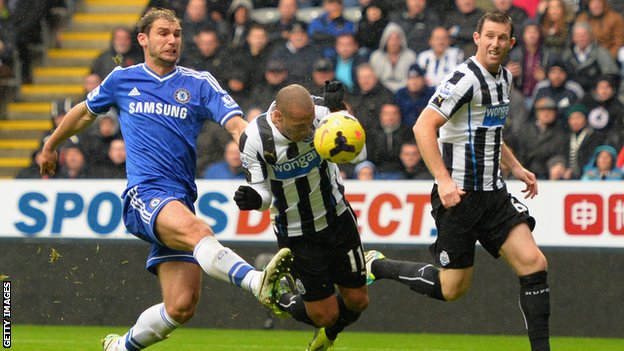 John Carver has been named the caretaker boss since former Newcastle manager Alan Pardew left the job for becoming the new manager for Crystal Palace. And the new caretaker boss has already received a lot of criticism, since Newcastle lost to Leicester City in the FA Cup on the weekend. Newcastle United is going through injury crisis since De Jong, Ryan Taylor, Ameobi, Steven Taylor, Gabriel Oberton , Mehdi Abeid and Rolando Aarons are all injured and won’t be available for Saturday’s fixture. Goalkeeper Rob Elliot whose brilliant performance in the previous fixture helped Newcastle to earn all the three points is also out due to injury. Papiss Cisse and Tiote are also unavailable since they are on the international duty to represent their countries at the African Cup.

Jose Mourinho will try to avenge the 2-1 defeat by Newcastle United and will surely try to grab all the points by securing a win at home. Since a lot of first team players were rested and therefore it will be a great advantage for the Blues to secure a win. Willian and Costa were called on after the first half and will be fresh to start on Saturday. Eden Hazard, Willian and Oscar will make the regular midfield and will hold the attack with Diego Costa leading the attack. Matic and Cesc Fabregas will as usual hold the midfield. Ivanovic and Azpilicueta will be in the defence with Cahill and John Terry.

Newcastle United are going through injury crisis and the caretaker boss will have a tough time to get a balance team since more than 7 players are on the injury list. Goalkeeper Tim Krul is hoped to return on Saturday, Moussa Sissoko, Jack Colback and Coloccini will also be introduced in the starting lineup.

Chelsea probably won’t have that demeaner of invulnerability like toward the beginning of the season. With City equalising the Blues in matter of not only points but goal difference, goals conceded and scored and this Saturday will be a true start for both the Premier League giants to begin a race towards the Premier League title. Blues will try to bounce back from the last defeat to Spurs by comfortably defeating Newcastle and maintaining their unbeaten home record.