Bollywood superstar Hrithik Roshan is all set to replace Salman Khan as the new co-owner of the ISL team Pune City FC.

The Indian Super League(ISL) is all set to kick off with its inaugural edition next week. The glamour quotient of the whole aura of ISL has been multiplying in folds every week with Bollywood and cricketing stars all adding to the oomph of the event.

With Bollywood stars like Abhishek Bachchan (Chennai), John Abraham (Guwahati) and Ranbir Kapoor (Mumbai) already in the mix along with cricketing greats Sachin Tendulkar (Kerala) Sourav Ganguly (Kolkata) it was always a challenge to manage this high profile sporting bonanza of ISL.

Virat Kohli and Varun Dhawan (Goa) along with Indian cricket team M.S.Dhoni (Chennai) have also recently jumped onto the ISL bandwagon and rest assured there will be a lot of fireworks going off during the Opening ceremony of the event as West Bengal chief minister Mamata Banerjee will inaugurate it while Priyanka Chopra will set the stage on fire along with Varun Dhawan in a 45-minute opening ceremony that begins at 5 pm on Sunday.

1/4: I do not own any ISL team. My friends Dheeraj & Kapil Wadhawan had asked me to be their partner in FC Pune City.

2/4:But due to my endorsement contracts with Suzuki and Thums Up which conflict with the League sponsors, I can’t associate with FCPuneCity.

4/4: By creating ISL, IMG-Reliance and Star have put in place an important building block to put Indian football on the global football map.

Inside sources have also confirmed the presence of Hrithik Roshan at the opening ceremony and if there is someone in the Bollywood industry who can in fact replace the stardom of Salman Bhai then it’s Hrithik Roshan.

ISL is indeed all set to be one huge Bollywood style blockbuster and if all goes well India might just have a new sport to follow as religiously as they follow Cricket. 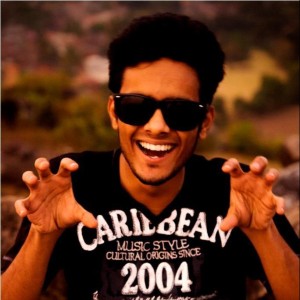