Thunder Rosa hasn’t been seen on AEW Dynamite for some time due to an injury that forced her to be on time off for the time being. Due to the uncertainty of her comeback, many fans speculated whether AEW management will take a step against her and strip her from the championship reign. The doubts appeared to be positive, after all.

Renee Paquette made a major announcement on AEW Dynamite

Renee Paquette announced during the latest episode of AEW Dynamite tonight that Thunder Rosa and AEW had reached an understanding and she would no more be known as the AEW Women’s World Champion, anymore,

“Due to the extent of the injuries to AEW Women’s Champion Thunder Rosa, and the uncertainty of when she could return to action, AEW and Thunder Rosa have reached a mutual agreement. AEW management has been forced to ask Thunder Rosa to relinquish the championship. Thunder Rosa was a fighting champion for AEW, she’s willing to step aside for the benefit of AEW, but more specifically for all of the women of AEW.”

Following the announcement, Paquette would then introduce the new AEW Women’s World Champion Jamie Hayter for an interview segment on AEW Dynamite. Teaming up with her stablemate, Dr. Britt Baker, she also defeated the teams of Willow Nightingale & Skye Blue and Anna Jay & Tay Melo in a three-way match.

Renee Paquette has announced that AEW and Thunder Rosa have reached an agreement, "AEW management has been forced to ask Thunder Rosa to relinquish the championship."

New champion Jamie Hayter got a win on AEW Dynamite 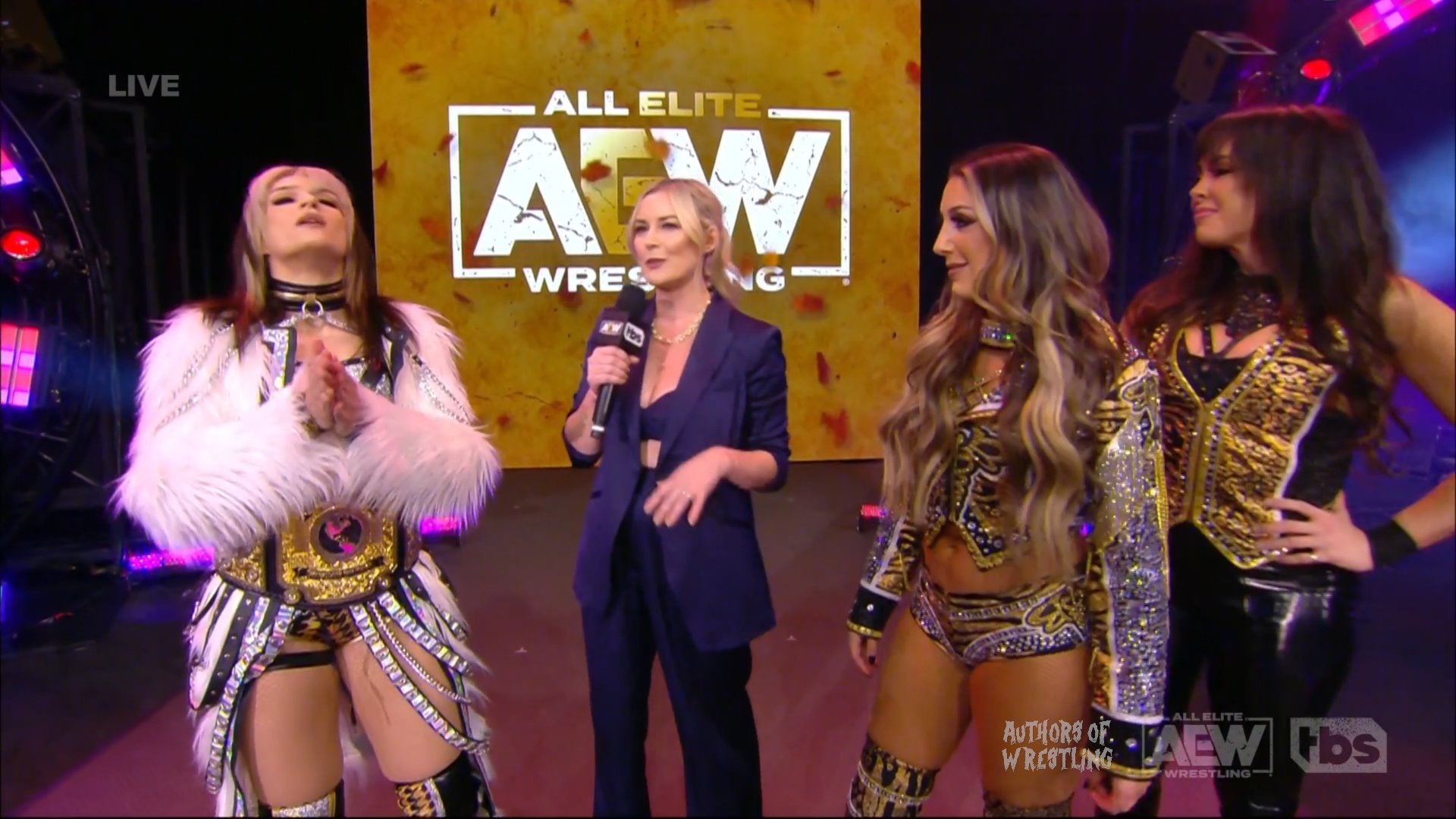 Riho was the inaugural AEW Women’s Champion as she defeated Nyla Rose on the debut episode of AEW Dynamite on October 2, 2019. Hikaru Shida is the longest-reigning champion with a 372-day reign, while Toni Storm had the shortest reign of 76 days. The latter wasn’t present on this week’s AEW Dynamite after dropping her title to Hayter as she is dealing with an injury. There’s no update on who would challenge Hayter for the title.

Booker T Makes Comparison Between Bray Wyatt And The Undertaker