WWE NXT has recently brought in a few main roster Superstars so that the show can’t feel the star power absence. It appears that trend is not ending, anytime soon. Now, the veteran Natalya will be a part of the company’s developmental show, starting this week.

This week’s WWE NXT episode featured Cora Jade coming out to the ring to address how she came up short at Stand & Deliver in the NXT Women’s Title Fatal 4 Way match. But her desire to become a champion will remain intact as she intends to reach the level of AJ Lee, Paige, WWE Women’s Tag Team Champion Sasha Banks, and others.

Natalya’s name was also there on her list who came out to interrupt her.

This led to WWE NXT audience chanting “holy s–t!” and “Nattie!” before the top Raw superstar took the mic. After praising Jade for sometimes, Natalya slapped her to the mat. Fans booed Natalya as she immediately locked in the Sharpshooter to Jade to make her tap out. The submission was locked in until officials finally forced her to break it up.

Upon reaching WWE NXT locker room, Natalya was stopped by Tatum Paxley who was looking for an opportunity to prove herself to The Diamond Mine and the rest of the locker room. So, she wanted to step up to Natalya who responded and agreed to face Paxley. The BOAT also put the rest of the women’s locker room on notice because she is here in NXT.

After what transpired on the show, Natalya vs. Paxley was announced for next Tuesday’s WWE NXT 2.0 episode. Natalya vs. Cora Jade may also take place as it looks like Natalya will be working on NXT for a few weeks. As per the earlier reports, the WWE officials wanted RAW and SmackDown Superstars to start working in NXT programs to improve ratings and viewerships. 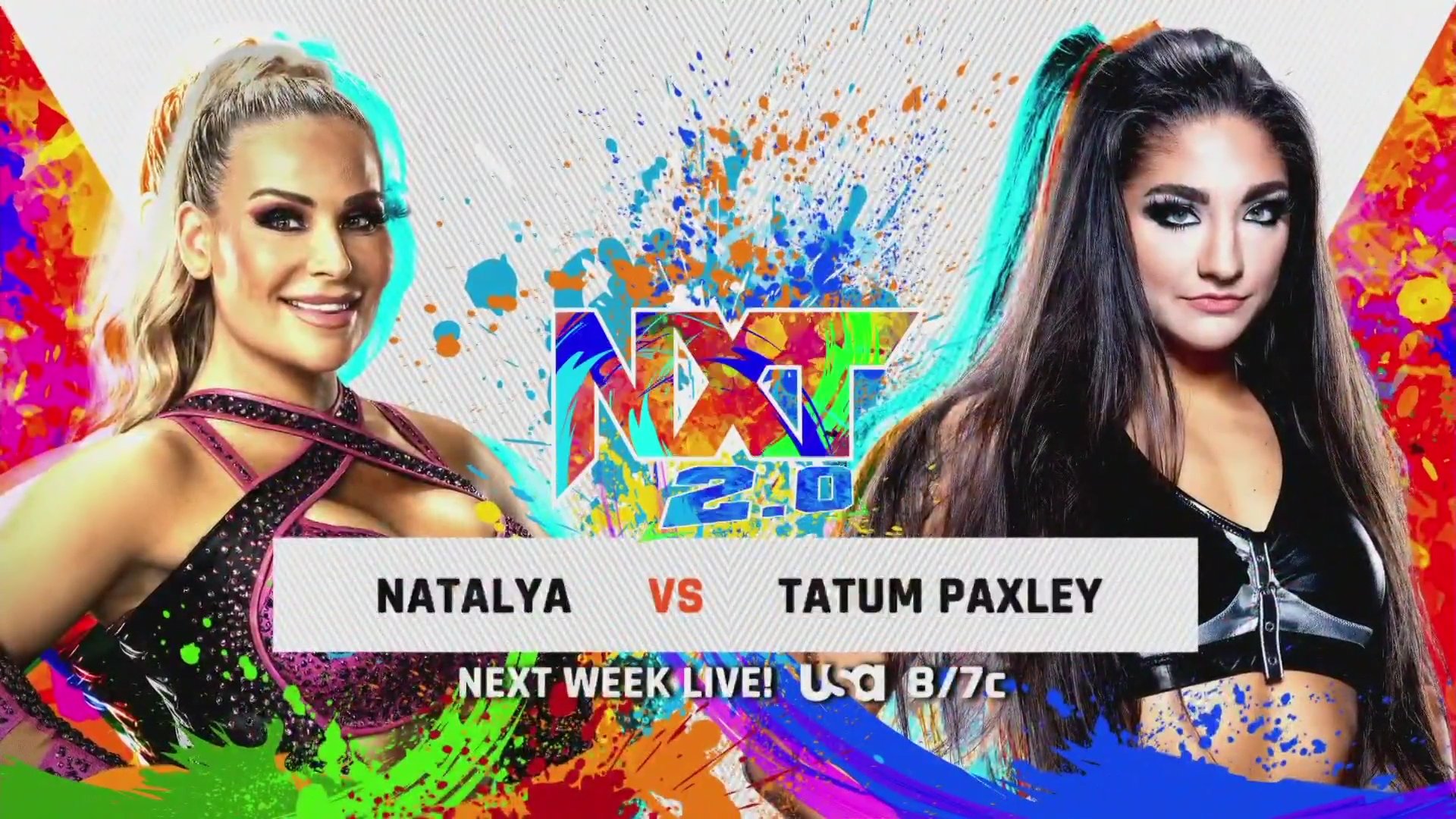 Thus, next week’s WWE NXT will mark Natalya’s first match since January 14, 2015, NXT episode where she and current SmackDown Women’s Champion Charlotte Flair lost against the team of Banks and Becky Lynch. Nattie’s last NXT TV singles match was a defeat to Flair for the vacant NXT Women’s Title at NXT Takeover in that same year. Apart from Nattie, Tiffany Stratton will also face Sarray in a singles contest to continue their feud.