WWE Raw will have one last stop before the 2022 Extreme Rules premium live event, this weekend. The latest upcoming episode is going to be a stacked one from which multiple matches and segments have been confirmed. Rey Mysterio and AJ Styles will team up in the potential main event against Judgment Day’s Finn Balor and Damian Priest.

WWE Raw Women’s Champion Bianca Belair and her current challenger Bayley will have a sit-down in a contract signing segment. The newest addition to the red brand, Candice LeRae will be seen in action against another recent returnee Braun Strowman when WWE’s flagship show emanates from the Xcel Energy Center in St. Paul, Minnesota.

AJ Styles was confronted by Finn Balor backstage during last week’s episode of WWE Raw. Balor became a prominent member of the group but Styles didn’t have the time to come and have a discussion with him to possibly up the status of the group. The Phenomenal One didn’t seem very interested in the addition and he also threw the bird to Balor after coming up short in a match against Sami Zayn.

This insinuated an attack on Styles by the Judgment Day members. This week on WWE Raw, Styles will seek retribution against the heel faction when he teams up with Rey Mysterio targeting Balor and Damian Priest. As of this writing, Balor is booked to compete against WWE Hall of Famer Edge in an I Quit match at Extreme Rules. 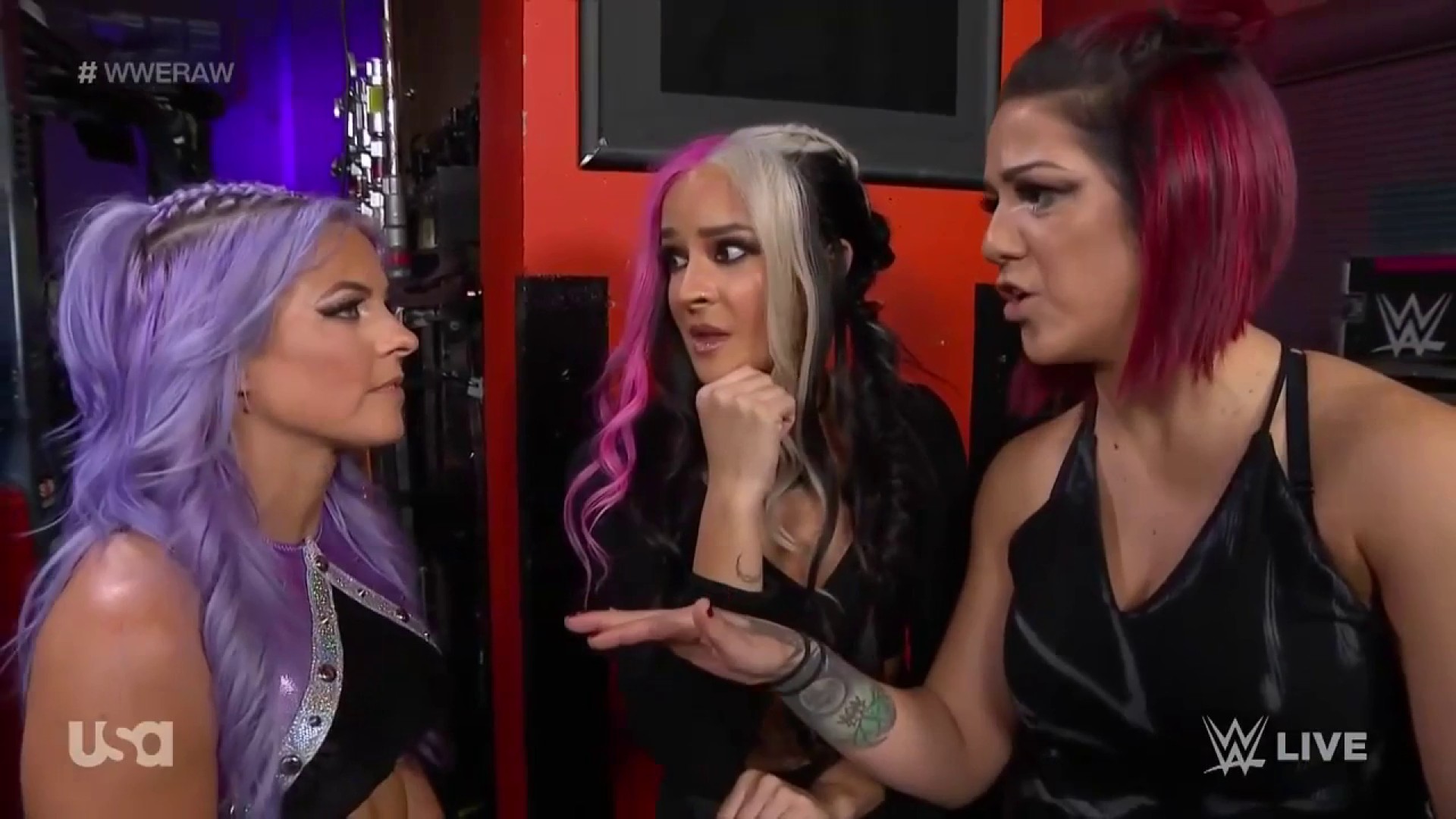 In a pleasant surprise, last week, Candice LeRae made her debut on WWE Raw after coming back from a maternity hiatus earlier this year. In her returning match, she defeated Nikki ASH via clean pinfall to gain some momentum in her corner.

Later the night, she confronted the DAMAGE CTRL faction to receive some threats. This led LeRae to challenge Dakota Kai of the faction to a match that will go down, tonight. WWE is advertising Kai vs. LeRae in what could bring a disadvantageous situation for the latter given that she doesn’t have the number game by her side.

WWE Raw Women’s Champion Bianca Beliar vs. Bayley in a Ladder Match has been confirmed for the Extreme Rules premium live event. Last week, Belair defeated IYO SKY in a singles contest before which Belair reminded Bayley that during their last singles match, at Hell in a Cell 2021, she had nailed Bayley with a KOD from the top of a ladder.

This prompted Bayley to challenge Belair to a Ladder Match at Extreme Rules that was accepted, right away by the champion. Now the two top superstars will appear in the same ring at the same time in a Contract Signing Segment. They will sign on the dotted lines to make their stipulated match, official.

In another major attraction for WWE Raw, Braun Strowman will be in attendance at the show. This will be the first time that he will appear on the red brand since returning to WWE, this summer. After momentarily getting upstaged by Otis with a powerslam, The Monster among Men will square off with the Alpha Academy member, Chad Gable in a singles contest.

The other member of Alpha Academy, Otis will also be in action on the show as he faces Johnny Gargano. This match comes after Alpha Academy alongside Austin Theory came up short against Drew McIntyre, Kevin Owens, and Gargano in the six-man main event match of this week’s Smackdown.

Seth Rollins has been on a collision course with Riddle at Extreme Rules, this time in a Fight Pit. Moving into that match, the feud has been heating up over the past several weeks. Riddle cost Rollins his matchup, a few weeks ago which ensued in a huge brawl between the two.

As the Fight Pit approaches, WWE Raw is advertising Rollins and Riddle at the same ring for a face-to-face segment. The time of a verbal showdown between these two is long gone as these two are expected to destroy each other if and when they do confront each other, tonight.