T20 Cricket is all about entertainment and high voltage excitement. But, if we talk about IPL then the level of excitement in this particular event is beyond every fan’s imagination. IPL is like a festival of cricket where a galaxy of stars assemble to showcase their class. Since the introduction of IPL, the game has gone through a lot of changes.

Batting has become a lot more entertaining in T20 Cricket due to the IPL as the records are broken more frequently. One such record which we would like to mention in this piece is the fastest century scored by Chris Gayle in the 2013 season against the Pune Warriors. Gayle scored 175 in that game.

Although we have witnessed some sensational batting performances by other players in the IPL history, this particular knock will be remembered as one of the most destructive knocks ever played by any batsman. Gayle scored the century in 30 deliveries. Some batsmen can break this record as they have the quality to produce the same kind of acceleration.

In this piece, we are about to discuss batsmen who are the biggest stars at the moment and who can destroy the opposition’s bowling line-up with their attacking style of play.

These batsmen have played some memorable knocks in the past. The batsmen whom we are about to mention in this piece have broken many records in the past and are capable to break this particular record too. Let’s take a look.

We take a look at 5 such batsmen who can break Chris Gayle’s record of the fastest century in IPL 2020:

Rohit Sharma is one of those Indian batsmen who has looked the most complete batsman in all three formats. The 32-year-old can build his innings quite well and can find the gaps effortlessly with his elegant cover drives. The right-hander makes batting look easy whenever he is one the crease.

Sharma looks elegant with his classy wrist work and wonderful back foot punches. Sharma can cut the ball superbly with his well times cuts and possesses fine footwork on any kind of wicket. Sharma can play the big shots and it’s his timing which amazes everyone.

Sharma’s effortless stroke play has caught everyone’s eyes over the years. The opener has scored 2773 runs in 108 T20I with a strike rate of 138.79.

Butler is one of the most destructive hitters of modern-day cricket. The 29-year-old can tear apart any bowling attack with his powerful stroke play. The right-hander can accelerate the scoring quickly which can put pressure on the opposition.

Butler’s ability to hit the ball in the air can’t be undermined as the wicket-keeper batsman can hit a good length ball out of the park. Butler can find the gaps easily with his cracking cover drives and powerful cuts.

Butler can accumulate runs quickly while chasing a big target which makes him a dangerous player lower down the order. Butler can attack the spinners by charging down the wicket.

David Warner has re-established himself after making a comeback from the ball-tampering ban. His 335 against Pakistan in last year’s test series showed why he is considered one of the most destructive openers in World Cricket at the moment.

The left-hander can destroy any bowling line up on his day with his aggressive style of play. The Australian can find the gaps in the field with his powerful drives and square cuts. The 32-year-old is quick on the back foot and can punch the ball powerfully even on slow wickets.

Warner is equally strong while pulling the ball. Warner is not afraid to free his arms against the spinners to play the big shots.

The former South African skipper is still one of the most feared batsmen in T20 cricket. The 35-year-old can change his game as per match situations and can rotate the strike intelligently.

De Villiers can be destructive on any kind of wicket. De Villiers can find the gaps with his well-timed and delightful cover drives. Anything short and De Villiers will punish the bowlers if it is slightly in the middle and leg area.

The right-hander can work the ball well in the gaps with his wristy flicks and possesses great footwork while playing on the front foot as well as the back foot. De Villiers can accelerate when needed and isn’t afraid to play the big shots against the spinners.

De Villiers is quite sharp while picking the length of delivery with his fantastic hand-eye coordination.

The South African has scored 4395 runs in 154 IPL games with a strike rate of 151.24. De Villiers has scored 3 centuries and 33 half-centuries in his IPL career.

Aaron Finch can destroy any bowling attack with his accelerating and destructive style of play. The 32-year-old can cut the ball powerfully and can place the ball in the gaps with his destructive cover drives.

Finch tends to make room outside the off-stump which gives him time to cut the ball in the gaps.

The right-hander is a fine puller of the ball and has the awareness to play the ball late on slow wickets. Finch is equally dominating against the spinners and can find the gaps with his unconventional strokeplay.

Finch can cause heavy damage to any bowling line up if he gets going. The Australian has scored 1989 runs in 61 T20I with a strike rate of 155.88. Finch has scored 2 centuries and 12 half-centuries in his T20I career. 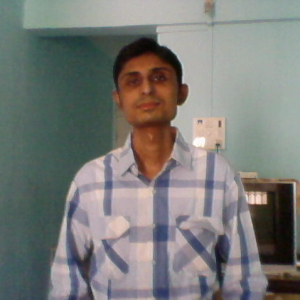