With the team performing exceptionally well in Tests, it was very much expected that the Indian selectors would not like to disturb the winning combination. However, looking at the 15-man squad that was announced on Wednesday (November 2) for the upcoming Test series against England, it is clear that there is still room for new players to get into the team.

Hardik Pandya was named by the MK Prasad-led selection committee much to the surprise by everyone. Gautam Gambhir, who returned to the Test team during the New Zealand series has been retained in the squad after a good outing in Ranji Trophy.These players will definitely be happy to make it to the team but there are few players who would be very disappointed to miss out on the chance.

Here we are presenting you a list of five players who really deserved a chance in the five-match Test series on the basis of their recent performances: 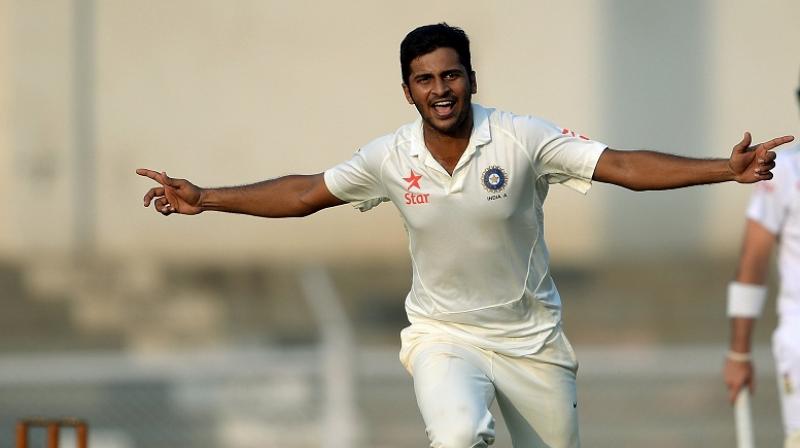 The bowler was selected for the West Indies tour and also for the last Test against New Zealand but is yet to play a Test. One of the most consistent performers in the domestic arena, Thakur would have hoped to make it to the squad after performing brilliantly in the last two seasons.  In 2014-15, he finished as the joint highest wicket-taker, alongside R Vinay Kumar, with 48 wickets in 10 matches at an average of 20.81. He followed that with 41 wickets in the 2015-16 season. Overall, Thakur has 133 wickets in 37 first-class matches at an average of 27.53. His vast experience of playing on Indian pitches would have surely benefitted the Indian team

His vast experience of playing on Indian pitches would have surely benefitted the Indian team but Ishant Sharma’s return from injury jeopardized his chances of making it to the team.