Actress Anushka Sharma’s Publicist issued an email statement, which clarified: “There is no truth to the stories.” Anushka and Virat have been dating for the past one year,

India Test cricket team captain Virat Kohli’s recent weekend outing with actress, girlfriend Anushka Sharma and her Father sparked off speculations of marriage in the near future. There were reports that the power couple were looking to take their relationship to the next level and were even on a house hunt in Mumbai. However, it looks like all these are nothing but mere gossip.

Wedding bells are ringing in the Bollywood-Cricket circuit with India’s veteran off-spinner Harbhajan Singh set to tie the knot with UK-born Indian actress Geeta Basra on October 29. Kohli, who is expected to be one of the most high-profile guests at the grand reception that the soon-to-be-wed couple would be holding at New Delhi on November 1, was rumoured to follow in the footsteps of his teammate as social media went into a frenzy following a report by Midday.

Flying reports suggesting marriage is on the card for Anushka and Virat. Currently, she is busy and happy with her work commitments. She always been open about her life and would appreciate it and request everyone to wait for her to make an announcement about her life instead of speculating.”

Anushka, however, took strong exception to the alleged rumours and denied that any such plans were being made and added that she would be making the decision public herself, if and when the time comes.

The report was based on the fact that Anushka was spotted with the cricketer in Mumbai, with her father accompanying the couple, in what was assumed to be a house-hunting spree while an alleged close family friend also added fuel to the fire.

“Anushka and Virat have been open about their relationship because they are sure about taking it to the marriage altar. Their families will meet soon and decide the wedding date. In all likelihood, they will get hitched early next year,” Mid-Day quoted a source as saying.

“We are not hiding anything. We are two normal young people in a relationship.” She also said that being gossiped about makes her uncomfortable: “Being public figures, your relationship becomes a topic of entertainment for people, and for me that not comfortable situation. It’s something personal and pure for me and I don’t want to put it out for someone out there to have a cup of coffee and discuss it. That makes me uncomfortable,” she had said.

Anushka and Virat started dating early last year and have been quite open about their relationship preferring to wear their hearts on their sleeves unlike other discreet lovers of B-town. The actress is often seen cheering for her boyfriend at matches while Virat too sends his compliments after watching every release of Anushka. 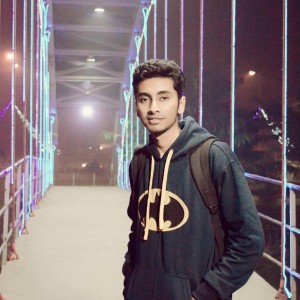 For me, love is Football