It was a very bad day for South Africa on the opening day of their first Test against Australia at the WACA Ground. Mitchell Starc grabbed four wickets as South Africa lost their all ten wickets in 242 runs in the first innings. But, South African speed-star Dale Steyn failed to show his temperament and Australia finished their 1st day at 105 without loss, with Warner on 73 and Shaun Marsh on 29.

Former England skipper Kevin Pietersen criticized Styen’s performance. He told him to focus on his job. Steyn finished day one of the first Test with figures of 0-34 from six overs. “I’d love to speak positively about Dale Steyn’s bowling here, but it’s not been good enough. Everybody knows, or you should know, that when you come to Australia, you come to the WACA, you pitch the ball up. ” Pietersen said.

“Everybody knows, or you should know, that when you come to Australia, you come to the WACA, you pitch the ball up. I think he’s bowled more bouncers in his first spell than Australia bowled all day,” he added.

Steyn’s sixth and final over Pietersen that cost 15 runs and was described by former Australia captain Mark Taylor as “the worst over ever seen Dale Steyn bowl”.
“There comes a time in your career where you actually leave the bravado to one side and you think I need to get wickets here’,” Pietersen said.

Spearhead Mitchell Starc played a key role in dismissing the visitors inside 64 overs, taking 4-71 and bowling with extreme pace. Starc bowled plenty of bouncers in his 18.4 overs on day one, but says Australia’s bowling unit made a conscious effort not to bowl too short on the enticing pitch.

“Something we spoke about was making sure we’re hitting the stumps and bowling a little bit fuller and not getting too carried away with that bounce. They were probably a little but shorter than we were and that’s resulted in being 0-100, so we’re happy with that,” Starc told.

Breaking: Chelsea Keen To Bring In Former Player But He Is NOT Lukaku

'Anil Kumble Has Been Very Supportive Of The Decision Review System' 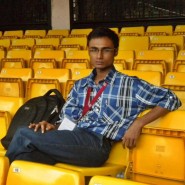 Sudipta Biswas is a 27 year old cricket fan.He started watching the game when Sourav Ganguly and Rahul Dravid made their debut. Once had a dream of playing for the nation, now aspires to be a sports journo ! You can contact him @sudipta88dip on Twitter.

U19 WC: Five young boys who might become future stars in international cricket