Shahryar Khan, chairman of the Pakistan Cricket Board has called for closer ties between rivals India and Pakistan for reviving the Asian bloc in world cricket. Shahryar Khan who chaired the ACC meeting in Colombo did not have a one to one meeting with any BCCI official there regarding the resumption of bilateral series between the two neighbouring countries.

Khan said, “The Asian bloc can be revived in world cricket and made influential again but first Pakistan and India need to work on the same wavelength”

“In the past when Pakistan and Indian cricket boards worked closely together the Asian cricket nations contributed a lot to world cricket and carried a lot of clout in the ICC. This also led to the World Cup being jointly hosted in the subcontinent and South Asian region and more revenues being generated from cricket broadcasting”

The former career diplomat finds the strained relation between the two countries the main reason for the weakening of the Asian bloc.

There is no doubt that India now has become a strong cricketing nation due to its big market for the game. Khan further believes that the Asian bloc can be revived again given the strong base of cricket in Sri Lanka and Bangladesh with Afghanistan coming up strongly.

“But first India needs to resume playing with Pakistan at a bilateral level. Because even in the past it was Pakistan and India which led the Asian bloc with their cooperation and joint planning and working”

Khan also accused the big three concept of governance and revenue distribution due to which ACC has lost his strength in recent years.

But Khan is not in doubt that ACC would be able to host a world-class Asia Cup 2018 with cooperation for all the other member boards.

“The PCB believes that politics and sports should be kept apart and we are always ready for talks on bilateral series. But it is also a fact that whenever bilateral cricket is revived Pakistan will be the hosts and not India as they owe us two series.” 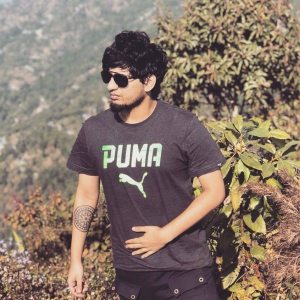 Shubman Gill’s Replacement Refusal Could Have Been Avoided If The Manager Had Followed The Protocols : BCCI Official