Coming of age for Bhuvneshwar Kumar

It’s not often that India’s batting performance gets overshadowed by their bowling display and it’s even more rare when an Indian bowler actually surprises everyone by not just his remarkable bowling display but also manages to outscore most of India’s top-order batsmen.

Not only did Bhuvneshwar Kumar step up to his potential and exhibited his talent of swinging the ball both ways but he also showed that even by sticking to the basic ‘proper line and length’ style of bowling puts the batsman in trouble. The very fact that Bhuvneshwar Kumar can swing the ball both sides with ease makes him a predicament to both the right as well as the left-handers.

With Shami providing the pace at the other end adding to Ishant’s height and bounce off the pitch, Bhuvneshwar Kumar is a perfect bowling partner for his teammates. Bhuvneshwar Kumar has exploited the English conditions to it’s maximum potential so far both with bat and ball.

From being a swing bowler who was only considered to be effective in the initial overs and the one who got criticized for his relatively poor second spells to being the top wicket-taker for India in England, Bhuvneshwar Kumar has really come off age in the past 3 months. The growth displayed by Bhuvneshwar Kumar in the past few months as been truly phenomenal.

From out-performing fellow IPL teammate and one of the best fast bowlers in the world, Dale Steyn in IPL-7 season to one of the best performances at the Mecca of Cricket, Lords, the young Indian bowler has proven himself in the shortest and the longest format of the game equally well.

Its early days but when you spot a diamond, you just savor it. India has been searching for someone to fulfill the void of an all-rounder since many years now. Bhuvneshwar Kumar might just be the answer. Not implying that Bhuvi is ready to take up that role but the kind of temperament exhibited by the Indian swingster with the ball and the bat in foreign conditions, as an Indian cricket fan you would hope that he fulfills his potential and take up that role.

So far on this tour, Bhuvneshwar Kumar has by far been India’s brightest talent and if what we have witnessed so far is any indication to things to come, Indian fans have every reason to feel optimistic. 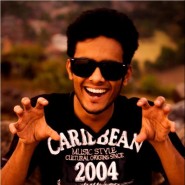 Anil Kumble is confident about producing success as coach

Dhoni guides India to 148/5 against England

Most No. of century partnerships in International Cricket

Virat Kohli hails Saha as the best wicket-keeper in India