While the Indian Premier League has always been considered a breeding ground for unknown but talented players, the tenth edition of the tournament was a pleasant surprise for Indian cricket. The past editions of India’s premier T20 tournament have given the country some top batting talents, the latest edition saw the rise of some talented fast-bowlers.

The likes of Basil Thampi, Mohammed Siraj, Siddarth Kaul and Ankit Rajpoot impressed one and all with their fast-bowling and have certainly boosted the bench strength of the Indian team.

Former Australia fast bowler Glenn McGrath has said the emergence of players like Thampi is going to serve Indian cricket for long. Team India already boasts of a potent pace attack comprising the likes of Jasprit Bumrah, Bhuvneshwar Kumar, Mohammed Shami and Umesh Yadav and if the emerging players can live up to the expectations, then there is absolutely no denying the fact that the team will have a very formidable pace attack

“The Indian attack has very good bowlers now and the emergence of names like Basil Thampi and a few others is only going to help the team in the long run,” said the Australian fast bowling great.

Thampi, who was bought by Gujarat Lions for Rs 85 lakh, justified his price tag by picking up 11 wickets in 12 matches. In fact, he had become the go to man for captain Suresh Raina as he impressed one and all with his ability to bowl yorkers at will during the slog overs. He was duly rewarded for the impressive performance as he along with IPL debutant Mohammed Siraj and Siddharth Kaul was named in the India A squad for the tour to South Africa.

“He (Thampi) has come on very well. His performances in IPL this year won him the emerging player award and he has learnt a lot at the academy,” McGrath said at a function to mark the silver jubilee of the association between MRF Pace Foundation and Cricket Australia.

He also expressed his delight over his association with the Foundation. 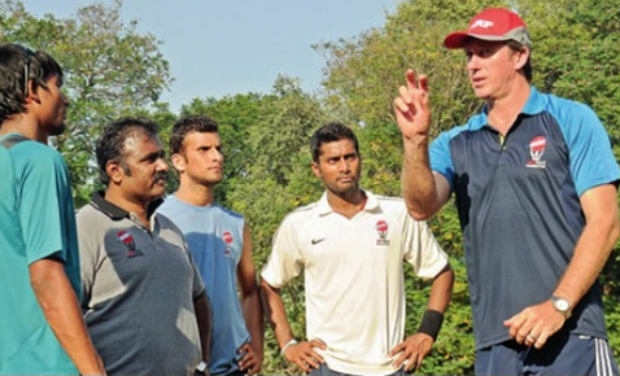 “It is delightful to know I made it to the foundation as a trainee in the first batch of the programme. Life has come full circle, where today I am still with the foundation, not as a trainee but as its director. It is a great feeling. Also, the Academy has been at the forefront of honing skills of young fast bowlers making them ready to play for India,” said the bowling great who has been the director of the Foundation since 2012.

Misbah likely to retire from cricket after England tour