Indian skipper Virat Kohli recently involved himself in a controversy where he told a fan to leave India if he liked cricketers from other countries. However, Kholi has a high fan following and is considered one of the best contemporary role models.

Moreover, Virat Kohli faced a counterblast for his reply to the man who said that he found the batsman from Australia and England more convincing to than the Indians. The fans were deeply polarised over Kohli’s act as were the brands that he endorses. He is currently in Australia and will lead India for three T20Is, four Tests and three ODis.

However, the latest incident happened after Virat Kohli posted a photo with his fans in Brisbane.

Earlier on Friday, the 30-year-old posted a selfie with Rishabh Pant on social media and said he was looking forward to the long series with the latter who he called a “champion. Kohli was seen at the gym where he was seen working out with wicketkeeper Pant and Washington Sundar. The duo was named for the T20I series. 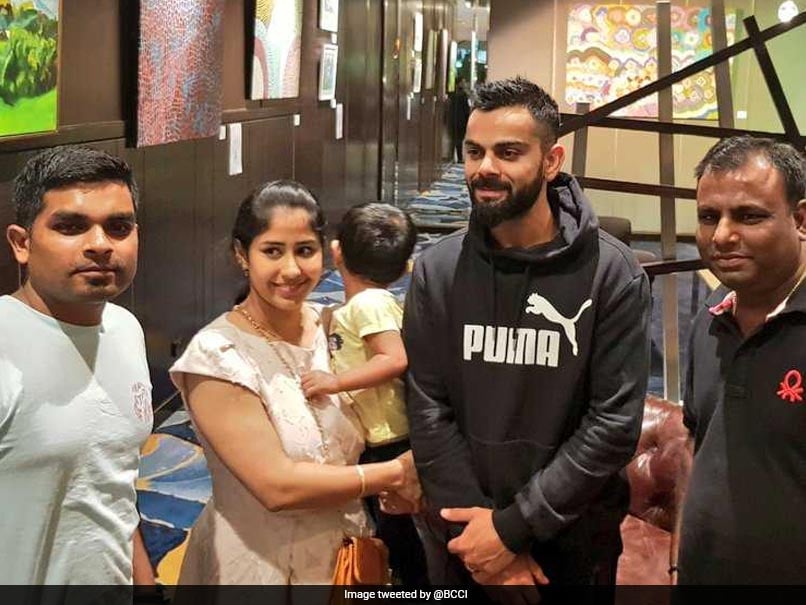 The fact, that the Board of Control for Cricket in India (BCCI) had posted pictures of Virat Kohli. He was posing with his fans in Brisbane that did not impress many. They felt that the Indian skipper was looking fake and they also think that he has done that for a public relations exercise.

The caption of the photo in which Kohli is seen posing with the fans read: “Always has time for his fans!”

Always has time for his fans! #TeamIndia Captain @imVkohli poses for a few pics here in Brisbane 😀🙌🏻 pic.twitter.com/RjiLQZnR0T

Virat is looking like he's forced to pose? Such formal attitude by him is shocking to say the least.

I'm guessing this is a public relations stint just to bring back likability factor following "leave India" fiasco. Anyway, more likeabl it would be if we won the test series.

Moreover, recently Virat Kohli also made a record of scoring fastest 10,000 runs. He managed to achieve the feat in the second game at Vizag. Indian skipper was just short of 81 runs when he came to bat after Rohit Sharma lost his wicket. Kohli took 205 innings to achieve the landmark.

Australia vs India 2018: I Will Be Surprised if Virat Kohli Keeps Quiet - Pat Cummins

Cricket Weekly Round Up