Cricket is a gentleman’s game and we all know that. However, there are moments which have been against the spirit of the game. Many a times even the laws were broken and some very unsporting like events have taken place.

The first thing which comes to the mind, when we say “poor sportsman spirit” is the underarm incident. It was the 3rd final of the World Series Cup.  Australia was the favourite to win this cup. However, when New Zealand required 7 runs off the last ball, which is not possible in one legal delivery, so the possible results were Australia winning or a draw. Australian captain – Greg Chappell – asked his brother, Trevor, to ball an underarm delivery, a delivery where no one in the world can get the elevation and hit it for a six. The New Zealand batsman, McKechnie, threw his bat in disgust. It was really very sad from the Australians, who won the match got booed from the crowd.

2. When Virender Sehwag was denied a century –

It was the 3rd ODI of India’s tour of Sri Lanka 2010. India required 1 to win and Sehwag also required 1 to complete his century. The bowler Suraj Randiv bowled a deliberate no ball to deny Sehwag in what would have been his 13th century. It was a comfortable win for India and Sehwag deserved a hundred, but Suraj Randiv after being told by T. Dilshan bowled a no-ball which Sehwag hit it for a six, but it wasn’t counted as the no-ball had already sealed the deal for India. This was really a shame for Cricket and incidents like these should never be repeated.

This tour down-under was filled with controversies; from the “monkeygate scandal” to outright dishonest cricket, it is surely one of the most controversial series, in the history of the game.

It was a disappointing end to the semi final of the 1996 World Cup between India and Sri Lanka when the crowd at Eden Gardens threw bottles on the ground after seeing a disappointing batting performance by the Indians which forced to stop the match and declare Sri Lanka the winner. India chasing 252 lost their first wicket on 8. Then it was a 90 run partnership between Sachin and Manjrekar before Sachin got out on 65. After that it was a avalanche of wickets and India was down to 120-8 in no time. The Sri Lankan bowlers destroyed the Indian batting line up. The Eden crowd couldn’t digest this and started throwing glass bottles and fruits on the ground.  The seats were put to fire. The match referee Clive Lloyd tried to restart the match but he was felt helpless and declared Sri Lanka the winner by default. The crowd couldn’t digest that the better team won. They forgot the sportsman’s spirit. It goes in down in the books of cricket as a shameful act.

England celebrated their win in the Ashes in an ugly manner which is not acceptable. They peed on the pitch, the pitch where cricket is being played. A shameful act and very much against the spirit of the game. 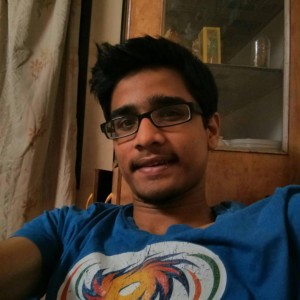 Moment when Big B, Rajni Sir, and the master Blaster came together