T20 cricket has become the most popular cricket format in the world over the years. With its advent, the batsmen are given the free license to swing the bat from the start. As a result, this format becomes so much interesting for the fans.

The cricketing world has witnessed many batsmen hammering the balls. One such instance was today when Wriddhiman Saha clobbered a 20 ball hundred in a local T20 game.

However, with another new edition of Indian Premier League coming forward the fans will be excited to see some more hitting from their favorite stars.

Here is the list of five fastest hundred in the history of cricket:

The hard-hitting West Indian struck the fastest hundred in just 30 balls. However, he went on remain unbeaten of 175 runs off just 66 balls. He hammered 13 boundaries and 17 sixes as Bangalore posted 263 on the board.

Meanwhile, he scored runs a staggering rate of 265.15 as the bowlers went in search of the leather.

Bangalore eventually won the match against Pune Warriors by 130 runs. Chasing a target of 145 runs, Pant went all over Himachal’s bowling. He went on to score a 32 ball hundred as Delhi chased down the target in 11.4 overs.

Pant’s knock included eight boundaries and 12 over boundaries as he remained unbeaten on 116 runs.

Also, he scored at strike-rate of over 300 which shows his ability to strike the ball.

Andrew Symonds scored the third fastest hundred in T20 Cricket. While Playing for Kent in 2004, he smashed the century in just 34 balls against Middlesex.

Very few know about this knock as T20 cricket has just started taking its pace.

However, he opened the innings and made 112 off the required 156 runs.

LP van der Westhuizen scored a scintillating hundred playing for Namibia in 2011/12. The southpaw smashed the century in just 35 balls against Kenya.

Meanwhile, the Namibian opener made 145 runs off just 50 balls, and that included 12 sixes. 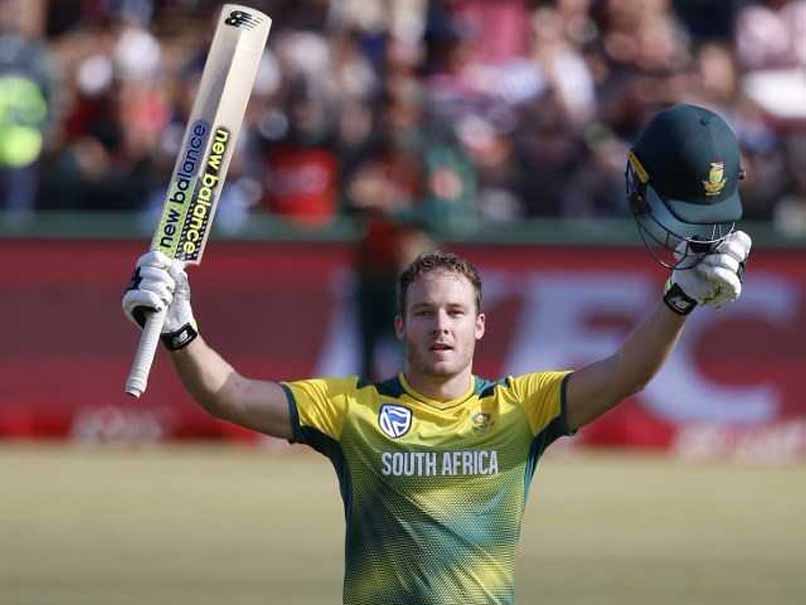 The Miller show began in 10th over when he came into the middle. However, he was dropped for not, but since then it was all Miller. He scored the fastest hundred in T20Is when he broke his countrymen Richard Levi’s record.

Meanwhile, the ultimate hammering came in the 19th over when he struck five consecutive sixes off Mohammad Saifuddin.

With seven fours and nine sixes, Miller remained unbeaten on 101 off 36.

Morne Morkel credits his hard work the reason behind the success