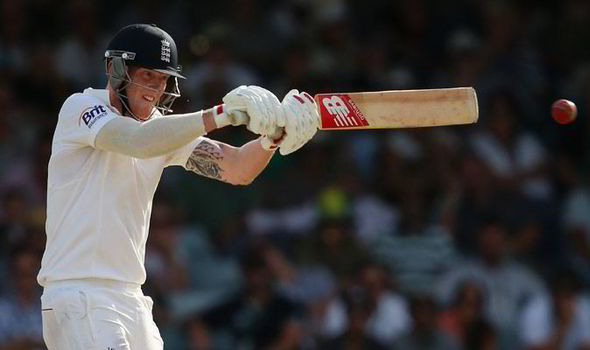 England were on the hunt of a genuine all-rounder after Andrew Flintoff  bade adieu the game. Stokes was a discovery of 2013/2014 Ashes series when England lost Australia 5-0. Stokes under pressure delivered.  However, 2014 season has not gone well for Stokes. But Stokes has had a great season in 2015 when he scored a double hundred against South Africa  and took . His sheer pace and swashbuckling batting made him a genuine batsman.

But he has to improve his bowling  a bit to get sauces in Test and ODI cricket on  overseas   conditions. Cricket need some fast bowling allrounder to spice up the romance of the game like the 1990s and 1980s so allrounders like Ben Stokes  are a much-needed component for cricket. He has suffered a heartbreak when West Indies all-rounder Carlos Brathwaite hit four sixes in his last over of the semi-final in the world T20, but every great has to suffer onslaught. After getting battered paying back is a sign of  greatness.