Royal Challengers Bangalore (RCB) released as many as 10 players before the IPL 2021 mini-auction, despite the fact that they qualified for the play-offs in the Indian Premier League (IPL) 2020 held at UAE. 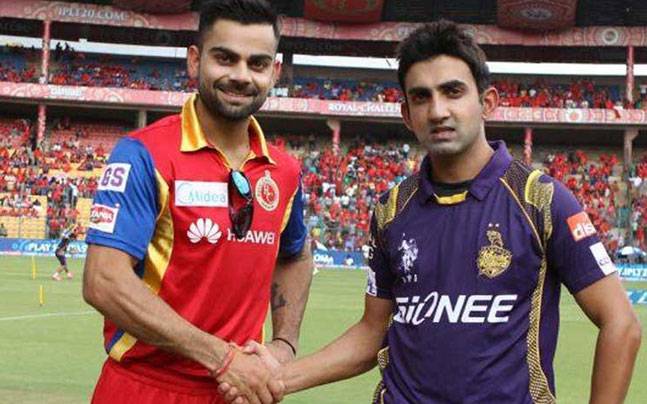 Gautam Gambhir: Releasing Umesh Yadav Was Surprise Since There Aren’t Many Pacers At Indian Circuit

The decision also raised many eyebrows from cricket experts because teams that have a good IPL season generally tend to retain their core group of players. However, RCB released several big names like Chris Morris, Moeen Ali, Aaron Finch, and Umesh Yadav.

While Chris Morris was one of the best performers for RCB, having bowled considerably well since a late inclusion in the squad, Moeen Ali and Aaron Finch are also two popular names in white-ball cricket but didn’t quite perform up to expectations in the last edition.

Former Indian opener Gautam Gambhir has expressed disappointment at RCB’s decision to let go of a senior Indian pacer Umesh Yadav given the dearth of Indian speedsters in the tournament.

“See, one thing is very important. Having someone and having the same kind of season, like some of the players, who performed really well in 2019, 2020.. whether they will have the same kind of season in 2021, you will have to wait and watch. Plus, yes, they would need some quality players because they have let go of some quality players – Moeen Ali and Umesh Yadav for example.

“There are not many fast bowlers going around in the Indian circuit at the moment. You’ve got Navdeep Saini who is young, you’ve got someone like Mohammed Siraj, he can go hot and cold in T20 cricket, so probably releasing Umesh Yadav was the big surprise,” Gautam Gambhir said on Star Sports show Cricket Connected – Auction Special.

In the 2020 season which was played in the UAE, Umesh Yadav played just 2 matches for RCB and went wicketless. But he has 119 scalps in 121 matches averaging 30.07 at an economy rate of 8.51 with 2 four-wicket hauls and is an experienced pacer having played since 2010 in IPL.

Gautam Gambhir: RCB May Want Someone Like Glenn Maxwell Who Can Have Impact At Flat And Small Ground At Bengaluru

RCB, who have been let down by their bowling in the past, would look to strengthen their squad in the upcoming season as the franchise has 11 available slots including 3 overseas players.

RCB will enter the IPL 2021 with a heavy purse of Rs 35.40 crore and would look to splurge money on several big names. Gautam Gambhir went on to add that RCB might target Glenn Maxwell who was released by Kings XI Punjab (KXIP) after being bought for Rs 10.75 crore by the KL Rahul-led side in IPL 2020 auction.

“Probably, they will look at someone like Glenn Maxwell because they need to get take a lot of pressure out of Virat Kohli and AB de Villiers. Looking at the combination as well, Virat Kohli would look to open the batting, that’s what I think. I’m not sure, that is up to the management and Virat Kohli himself, whether he wants to, but yes, he’s more suited to open the batting.

“And he will open with Devdutt Paddikal and then, you have AB de Villiers. You want someone like an X-factor, like Maxwell, and at the Chinnaswamy Stadium, where it’s flat and small, so he can have that impact. So, probably, they will look at someone like Maxwell,” Gautam Gambhir added.

Glenn Maxwell has listed his base price at INR 2 crore for the IPL 2021 auction after being released by Kings XI Punjab. Earlier, he failed to live up to expectations scoring only 108 runs at a strike-rate of 101.88 from 13 matches in the previous edition at UAE at a pathetic average of 15.42.

Gautam Gambhir Wants CSK Skipper MS Dhoni To Bat At No. 4 Or 5