Cricket is a game which is said to be dominated by the batsmen. Many say that Cricket is a batters paradise. You may blame the flat pitches, big bats, shorter boundaries and unfair rules for it. But no one can rebuff the very fact that the level of bowling has gone downhill over the years. Gone are the heydays of the eras of early 2000 when the likes of Akhtar, Lee, Bond, Akram, Zaheer, Waqar, McGrath, Muralitharan, Warne, Kumble use to send chills down batters spine. After curtains on their glorious careers, the batsmen have breathed a huge sigh of relief and run making has become relatively easier.

No one can mark down the very truth that quality bowling can overpower anything. The quality of fast bowling will be a decisive factor in the World T20 as well. In a format like T20, the batsman shows no mercy in hitting the bowlers out of the ground. But irrespective of anything, if there is one skill which holds utmost substance against any batter of the world; it is undoubtedly, an accurate Yorker. A yorker is a bowling delivery that pitches at the batter’s toes, often in line with the stumps and is tremendously hard to score off.

It’s an art which requires matchless hard work, ardent commitment, and supreme precision to master it. Today, we take a look at 5 bowlers with deadly Yorkers:

Whenever someone talks about Yorkers, we get an instant image of Sri Lanka’s former skipper, Lasith Malinga. One of the most experienced bowlers of the world at present, Slinga Malinga has a round-arm action which makes his trajectory extremely difficult to pick for the batsmen. The Lankan great possess all the variations in his armory. The 32-year-old has even variations in his Yorkers in the form of a slow and a fast yorker. But both of them are meant for rattling the woodwork only. The current form of the Lankan veteran is scrutinized by many.

But no one should forget that a sleeping lion is as dangerous, it’s just a matter of time before he wakes up to pile up miseries for the enemy. Malinga has claimed 78 wickets in 62 T20 internationals while overall he has made 221 appearances in T20 cricket and is a pioneer in the shortest format of the game.

The Indian Pace sensation, Jasprit Bumrah has emerged as a dependable pacer for the Men in Blue. Bumrah has a very unorthodox action which makes his deliveries an arduous nut to crack for the opponents. The right-arm pacer is as good in the Power Play overs as he is in the death overs. He has mastered one of the most strenuous crafts of bowling, the yorker. It’s invigorating to see an Indian pacer delivering toe-crushing Yorkers and his unwavering consistency in this trade makes him the X-factor for India.

The young pacer has played alongside the king of Yorkers, Lasith Malinga in the Mumbai Indians outfit during the Indian Premiere League (IPL) which rubs on his game pretty well. The 22-year-old has taken 15 wickets in 11 T20Is at an impressive economy of 6.15.

One of the vital cogs of the Pakistan bowling line-up, Wahab Riaz is a bowler of breath-taking caliber. The cricketing world still cherishes Riaz’s unforgettable spell of brutal fast bowling against Australia in the Quarter-Final match of the World Cup 2015. The Pakistani pacer carries a fiery attitude, hostile pace, reverse swing, shivering bouncers and dismantling Yorkers in his arsenal. The 30-year-old pacer is very adaptable and doesn’t necessarily depend upon conditions to create havoc against the batsmen. Wahab has testified his prodigal abilities on flat decks as well which makes him a trump card for the Men in Green.

The left-arm quick has played 17 T20 internationals and has taken the same number of wickets in his career.

Many cricket experts and pundits rate this Proteas pacer, Kagiso Rabada as the next big thing in the cricketing world. Right since his junior days, he was seen in high regards by everyone. And certainly, Rabada has done justice to the expectation and hype as well with his glittering performances at the highest level. The right-arm quick is only 20 years old but yet he is shouldered with the responsibility of bowling the death overs which shows how far he has come in his career. Rabada’s ability to bowl Yorkers in the final overs of the game makes him a frightful bowler.

Not every other bowler earns so many accolades that early in his career like this young champ. Apart from delivering immaculate yorkers, the Protean pacer owns a very sharp bouncer as well.

After serving his punishment, the tainted Pakistani pacer, Mohammad Amir has taken giant strides in professional cricket. Amir had performed outstandingly well in Pakistan’s domestic tournaments which landed him a contract in the Bangladesh Premiere League (BPL). In BPL, the Pakistani quick showed great skills in the slog overs which earned him a national call-up. In the BPL and subsequent international tournaments, we have seen that this youngster has swung the new ball and has bowled flawless Yorkers at the death to trouble the batsmen. Amir is not one dimensional bowler and has a host lot of variations under his belt.

Since his return to international cricket, the left-arm pacer has featured in 7 T20Is and has claimed 8 wickets at an amazing economy of below 7 runs per over. 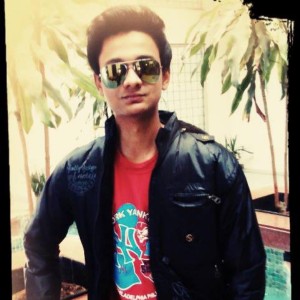 Umesh Yadav Working On His Batting Ahead Of England Test Series