It will be all about pride for Sri Lanka as they taken on India on Saturday at Feroz Shah Kotla in Delhi. The way they lost the 2nd test in Nagpur must have shattered them from inside. Such is the nature of the game that it repeatedly throws challenges at you and if you desire to be among the top 6-7 test cricket playing nations, you better be at the top of your game.
India, on the contrary, can seemingly do nothing wrong these days. The Indian team which is comfortably poised to win the series may look to make a few changes to its side.

The Delhi pitch
Before starting our struggle for the team selection, let us quickly have a glance at the state of the pitch that awaits us in Delhi. Though the pitch at Feroz Shah Kotla will not be as lively as it was in Kolkata, it certainly has a thin covering of grass over it.
In the recent years keeping slow and low has become the second nature of the Kotla pitch but with winter setting in and a tinge of green on the pitch it may assist the seamers on the first day of the test match.
“It has ample grass cover, it’s December, and there will be something in it for the fast bowlers. The DDCA curator Ankit has done a commendable job in preparing this track,” said Daljit Singh, BCCI’s chief curator.
As the match progresses and the sun beats in on the surface, it would lead to wear and tear with the grass cover serving to merely hold up the pitch together. From day 3, the spinners will certainly fancy their chances on the Delhi pitch.

Permutations and combinations
With everyone firing on all cylinders when presented with an opportunity, it has created a terrible fix for Virat and the team management. From where we stand at this moment, only three out of Rohit Sharma, Kuldeep Yadav, Ravindra Jadeja, Ishant Sharma and Umesh Yadav are likely to make the playing XI at the iconic Feroz Shah Kotla.
First and foremost the team combination will depend on whether India goes in with 5 specialist batsmen or 6. If India plays Rohit Sharma on the back of his century in Nagpur, which seems likely ahead of the South Africa tour, Umesh will have to sit out.

Vijay’s ton throws weight behind his selection
After scoring a free flowing 94 run knock in the second innings at Eden Gardens, Dhawan opted out of the second test due to his sister’s marriage. Vijay who was long waiting on the sidelines to prove his mettle once again, got a game and grabbed his opportunity with both hands.
Now with Dhawan available for the third test, it is unlikely that he gets a game in Delhi except in place of KL Rahul. However, dropping the Karnataka batsman will also not be easy as he had been on a streak of 7 half centuries recently. After a rare failure he again got back to scoring ways with 73 runs in the second innings in Kolkata.
Undoubtedly, Shikhar’s brand of cricket brings in an X factor as he has the potential to flip the game inside out within a session. The only impediment in his selection would be his vulnerability against the swinging ball. Keeping the upcoming South Africa tour in mind, India’s best bet seems to be Vijay and Rahul as both have sound technique and play close to the body. It will be harsh on Dhawan but that is what the sport is all about.

Ishant ahead of Umesh
Shami having recovered from his niggle will unarguably make his way back in the playing XI. With Bhuvi unavailable due to his recently concluded marriage, Ishant Sharma has staked his claim to be the second pacer over Umesh Yadav.
The lanky pacer made the ball talk during his terrific spells in Nagpur. The zip in his deliveries was back as he troubled the Lankan batsmen with overall match figures of 80-5. Umesh, on the other hand has struggled with his control in the test matches in Kolkata and Nagpur and thus will probably have to make way for Ishant.

Chinaman Kuldeep may get a game
In case Rohit plays, India then in all probability with go in with their regular spinners, Ashwin and Jadeja as they give them a cushion with the bat as well. On the other hand, if India decides to experiment, Kuldeep Yadav may get a game on Saturday. As we are looking at the third test in terms of India’s preparation for the upcoming South Africa tour, Kuldeep getting a game is warranted.
Kuldeep being a wrist spinner is likely to prove more effective that a finger spinner like Ashwin or Jadeja who is heavily dependent on the pitch for his balls to grip. Keeping South Africa in mind where the pitches are likely to suit the pacers, Kuldeep may provide an edge over orthodox spinners. So keeping him match fit and in the loop for the January tour is not a bad idea at all.

Herath flies back
Sri Lanka’s troubles seem to be going from bad to worse as the seasoned left-arm spinner Rangana Herath has been ruled out from the Delhi test due to a back injury. He has already flown back to Sri Lanka. Young leg spinner Jeffrey Vandersay has been named as his replacement.
However, Vandersay may have to wait a little longer for his test debut as left-arm wrist spinner Lakshan Sandakan is already in the squad, waiting to be picked. He is likely to get a game.

Thirimanne to pay the price for loose shots
The current no 3 of Sri Lanka, Lahiru Thirimanne is likely to be axed from the team following his poor shot selection in the Nagpur test. Thirimanne who has been in and out of the team had scored a half century in the first test in Kolkata but failed to get going in both innings in Nagpur. What was more questionable was his temperament and the way he gifted his wicket to the opposition on a platter. With Sri Lanka looking for stability from its no 3, Lankan batsman Dhananjaya de Silva is likely to take Thirimanne’s place following a good tour of West Indies with the Sri Lanka ‘A’ team.
In the pace bowling department, Lahiru Gamage who has failed to impress in the two test matches due to his inconsistent line and length may make way for pacer Vishwa Fernando.

What to expect
With news coming in that Thisara Parera has been named Sri Lanka’s one day captain for the series following the tests, the Lankan team also lacks stability at the moment. Too much chopping and changing not only unsettles the team but also affects the confidence of the players adversely.
Dinesh Chandimal certainly has his task cut out to inspire his boys. On the other hand, Virat’s leadership and the positive impact he has on the team stands in stark contrast to the Lankans.
Sri Lanka has been, beyond doubt a world class team over the years. If they endeavour to retrieve their glory, they have to punch above their weight otherwise another one sided rubber is pretty much on the cards in Feroz Shah Kotla.
Likely Indian XI: Murali Vijay, KL Rahul, Cheteshwar Pujara, Virat Kohli(c), Ajinkya Rahane, Rohit Sharma, Ravichandran Ashwin, Wriddhiman Saha(wk), Ravindra Jadeja, Mohammed Shami, Ishant Sharma 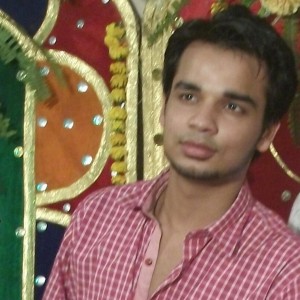