IPL has already reached its latter part with some enticing matches. A couple of teams have already sealed their position for playoffs while others are still lingering to make through the spot to playoffs.

After notching a 7-wicket loss to Lions yesterday at Chinnaswamy, the Virat Kohli-led side RCB’s chances to comeback in the tournament are bleak.

However, fans of RCB can take some heart out of the fact that their side was in a similar situation in the last edition. They bounced back to winnings ways and a dream run in the latter half of the tournament resulted in them reaching the finals of the tournament.

They would require something similar this time around as the team needs to win at least five of their remaining six league matches in order to stand a chance to qualify for the playoffs.

RCB: One thing they will have to keep an eye on is the Net Run-Rate (NRR). Their embarrassing batting display against the Knights has resulted in their NRR falling down to -1.210 and they would need to win their remaining matches with big margins to improve on that front. To stand a chance of making it into the top four, they will have to bat big and score heavily in each of their encounters and bowl the opposition out as soon as possible, if they wish to boost their NRR.  Mostly, they would have to play with confidence and try to get back some confidence to win as many matches as possible.

RPS: A crushing loss like this does not demoralise a team as much as a loss that is close and emotionally draining. But when someone plays an innings like Uthappa did, it is almost impossible to stop. On the bright side, RPS are still in the top four of the IPL. It’s time now to make the most use of their worth. With skipper Smith getting back to momentum and having bowlers like Imran Tahir, Shardul Thakur and Jaydev Unadkat, they can make a spot sealed in playoffs if things go their way.

The only positive about Pune is that they have not suffered losses at a stretch but have made a comeback from time to time. The batsman have not failed on the whole and the bowlers have been consistent, They have defeated the strong Mumbai Indians on a close match with the bowlers, Stokes and Unadkat taking the main seat.

Stokes was not playing due to injury in the last match and they included a batsman instead of a bowler that must be the concern.

For RCB, their strengths have backfired. Instead of having a strong lineup, they have failed to deliver from where they left last season. Neither Kohli, Gayle nor de Villiers paid them off well. Heck, even buying Mills at such a huge price turned out to be a damp squib.

Looking at current form, Pune must be the favourites and RCB needs a miracle to comeback.

Toss would indeed play an important role and Pune must put up a score of 170 to 180 enough to defend that with the bowlers!

Why Goldberg’s WCW Streak Was A Success? Goldberg Responds 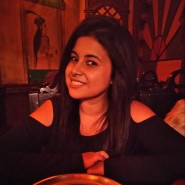 An engineer girl stung by passion for sports

IPL Is Happening And It Is On Schedule: Vinod Rai