Here is the players' rating of Kolkata Knight Riders against RCB

Batting first, RCB posted 176 runs on the board, in their quota of 20 overs. Brendon McCullum provided a brilliant start with 27-balls 43. AB de Villiers (44) and Mandeep Singh (37) helped Bangalore post a good total on the board.

KKR bowlers chipped in with wickets at regular intervals and didn’t let the game go away from hands.

However, it was Narine’s blistering knock that set the tone for the hosting team. The southpaw struck a 17-ball, fifty as Kolkata got off to a flier.

He was then backed by skipper Dinesh Karthik’s responsible knock as little cameos from Nitish Rana and Andrew Russell to cruise to victory.

Here is the rating of Kolkata Knight Riders’ players:

KKR’s strategy to bat Sunil Narine at the top paid off really well as he struck a spectacular fifty. His innings of 19-ball 50 included four fours and five sixes.

With the ball, he did a fair job returning with one for 30 in his four overs.

The Australian Chris Lynn failed to get going as he returns from a shoulder injury.

However, Lynn will look to come back strong in the next game. KKR will rely on Lynn’s form at the start of the innings.

The experienced Robbin Uthappa though got a good start but failed to capitalize on it. He scored 13 of 12 deliveries with a towering six.

Moreover, KKR needs him to hit the form going into the league ahead.

The new skipper, Dinesh Karthik played a captain’s knock to see his team through. He played a responsible knock of 35 of 29 deliveries to take his team home.

Karthik is having a good time with the bat and will look to continue throughout the season.

The all-rounder from Delhi Nitish Rana had a dream debut for Kolkata in the IPL. He picked up two crucial wickets of Virat Kohli and AB de Villiers and returned two for 11 in one over.

In addition to, Rana played a 25-ball 34 runs cameo – to take his team closer to the target.

The young Rinky Singh had a great opportunity to become a hero in his debut IPL match. However, he succumbed to pressure and he missed edged one while pulling off Chris Woakes.

The 20-year-old, Rinku, meanwhile, will look to make a mark in the coming fixtures.

The all-rounder from Windies Andre Russell played a late cameo along with his skipper to hand KKR their first victory. Russell stood up to the faith shown by the KKR management by retaining him.

Previously, he bowled only two overs and gave away 10 runs.

The experienced leg-spinner, Piyush Chawla also had a good time with the ball against a dangerous batting line-up.

He gave away 7.75 runs per over and claimed the important wicket of Quinton de Kock.

Although, Kumar bagged two wickets but he went for plenty. KKR batsmen targetted him to 30 runs from his two overs.

The right-arm pacer will look to strike back in the next fixture.

The veteran fast bowler Mitchell Johnson had a good outing with the ball. He led the attack in place of injured Mitchell Starc, who will not take any further part in this IPL.

Johnson returned with one for 30 in his quota of four overs. 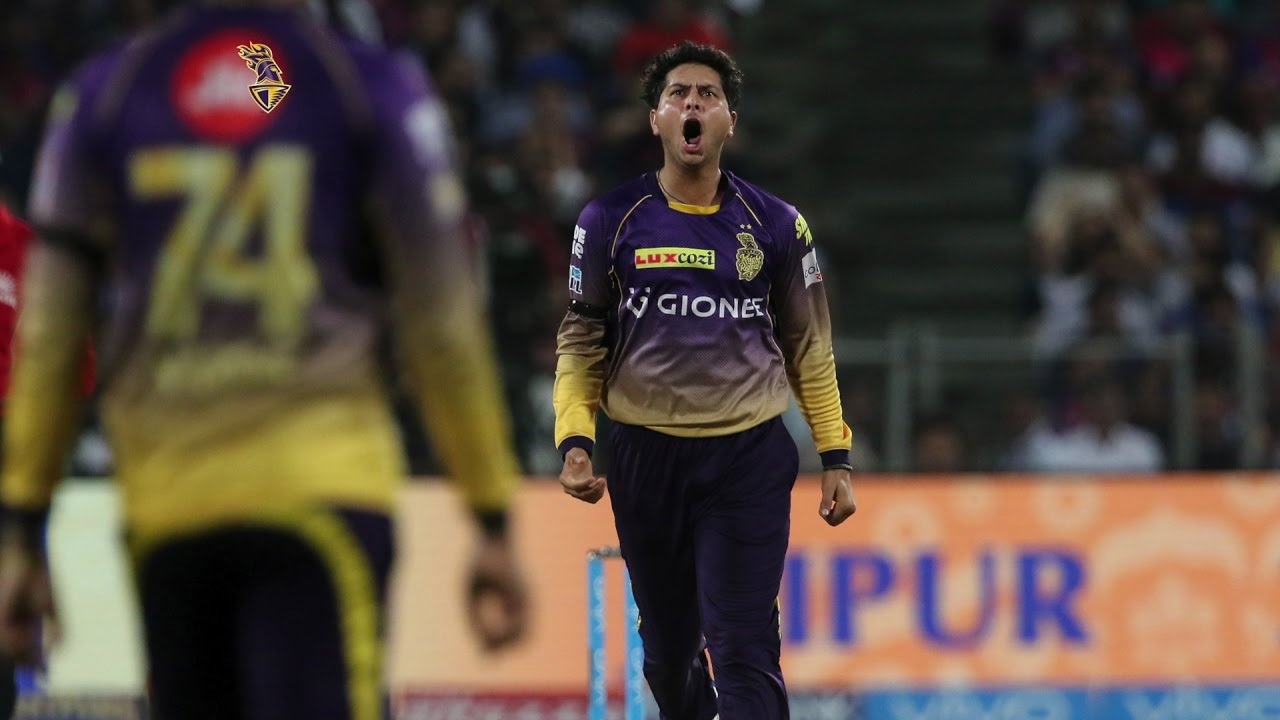 The aggressive young wrist-spinner Kuldeep Yadav had a rare off day in business. After a successful few last months, Kuldeep got a good hammering.

He gave away 33 runs in three overs as Bangalore got a good total.

We have a great batting unit, guys are hungry- Chris Gayle

IPL 2020: Revealed The Base Set Up Of KKR And MI In UAE; When Franchises Will Travel To UAE