Chennai Super Kings (CSK) continued their winning run, as they beat Sunrisers Hyderabad (SRH) in a last-over thriller by four runs at the Rajiv Gandhi International Stadium in Hyderabad.

Batting first, Chennai banked on Suresh Raina (54*) and Ambati Rayadu (79) partnership to post a staggering total. The duo added 112 runs to post 182 runs in their quota of 20 overs.

In reply, however, a magical spell from Deepak Chahar sealed the game for Chennai. He returned with three for 15 from his four overs including a maiden.

Although, Kane Williamson (84) and Yusuf Pathan (45) tried their best to chase down the target but fell short of support.

As a result, Chennai will go at the top of the table with four wins from five games.

Here is the players rating of the Super Kings:

After a match-winning hundred in the last game, Watson struggled to get going on Sunday against a decent SRH bowling.

He got out before scoring nine runs off fifteen balls including one six.

The South African skipper didn’t have a good start to this year’s IPL.  Opening the innings for Chennai, du Plessis scored 11 runs from 13 deliveries.

He will look to come back stronger and look to score some runs for the Super Kings.

The southpaw continued his run-scoring with another unbeaten fifty. Raina steadied the ship for CSK after losing two early wickets.

Raina played a responsible inning and remained unbeaten on 54 runs off 43 balls including five fours and two sixes.

Rayadu continues his good running form with another fifty, as Chennai inched closer to the 200-run mark. The right-hander scored 79 runs off 37 balls including nine fours and four sixes.

Dhoni made a perfect finish to the innings with 25 runs from 12 balls including three fours and one sixes. Dhoni’s form will be a huge boost for the Chennai side.

Billings had no part to play in the match, as the top-order was of top notch.

However, he will want to contribute if he gets an opportunity to bat.

Although Bravo went for a lot of runs, he defended 19 runs off the last over.

Dhoni laid his trust upon him, and the Windies all-rounder stood up to the occasion to hand CSK another win.

It is the first time Dhoni bowled him his full quota of four overs. Although he didn’t pick wickets, he was economical. Jadeja returned with none for 28 in his four overs.

Chahar was outstanding with the new ball, as he set the tone for the Chennai’s win. He bowled with brisk pace and accuracy, and Mumbai continued the winning run. Chahar returned with three for 15 in his four overs with including one maiden.

The leg-spinner went for ten runs in an over although he removed the inform Shakib Al Hasan.

Karn Sharma will have to pick wickets in the middle-overs if Chennai wants to continue the winning run. 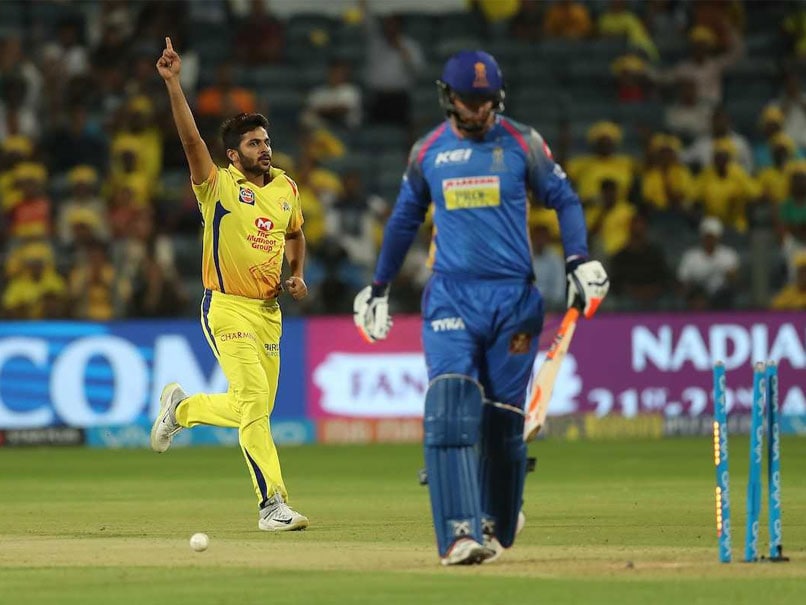 Thakur had an off day in business, as he went for 45 runs in his quota of four overs returning with the only wicket. He will look to be economical in the upcoming matches.