Here is the players rating of Kolkata Knight Riders vs RCB

Kolkata Knight Riders (KKR) brought the much-needed two points under their belt, as they thumped the host Royal Challengers Bangalore (RCB) by six wickets at the M Chinnaswamy Stadium in Bangalore.

Virat Kohli and his boys were sloppy on the field which cost them the match.

However, birthday boy, Andre Russell was outstanding with the ball returning with three wickets.

In reply, Kolkata got a perfect start courtesy, Chris Lynn and Sunil Narine. Narine (27) played a quickfire knock to provide a blistering knock while Lynn played a responsible knock. The swashbuckling opener remained unbeaten on 62 runs off 52 balls including seven fours and one six.

Robin Uthappa and skipper Dinesh Karthik also chipped in with useful contributions. However, it was Shubman Gill who finished off the proceedings with a sublime boundary.

As a result, KKR jumps to the fourth spot with four wins from eight games.

Here is the players rating of the Knight Riders:

Chris Lynn has finally started to show his mettle after taking some time to settle in. He played a responsible knock opening the innings to see his team through. Meanwhile, he remained unbeaten on 62 runs from 52 balls.

Narine provided a blistering start, as he set the tone for the run chase. He scored a quickfire 27 runs to laid the platform for the visitors. However, he had an off day with the ball, as he gave away 38 runs in his full quota.

Uthappa got a perfect start, going on par with the required rate. However, failed to take his team over the rope. The right-hander scored 36 runs off 21 deliveries with the help three boundaries and sixes each.

Rana has been a revelation for the Kolkata based side in this edition. He has done the bulk of the scoring in most of the games. However, he got hurt and had to leave the field on the score of 15. KKR will hope that his injury is not too serious.

Karthik has contributed with useful scores in every game. Since taking on the responsibility, Karthik has evolved as a cricketer. He played an important hand scoring 23 runs off ten balls to take his team closer.

The young Gill finished off the proceedings with a boundary off Umesh Yadav. The 19-year old batsman has done well in the limited opportunities he has got.

However, this is a learning curve for the batsman and will eventually grow as a cricketer.

The birthday boy made an important contribution with the ball. Russell returned with three wickets, as Kolkata restricted a star-studded batting line-up under 200.

Meanwhile, he didn’t get the opportunity to bat, however, will be eager to contribute in the next outing.

The young Mavi has slotted in perfectly in the playing XI. He has bowled quick and has been accurate with his line and length.

Although he was wicketless, he contained the quick flow of runs. Mavi returned with none for 21 in his three overs. 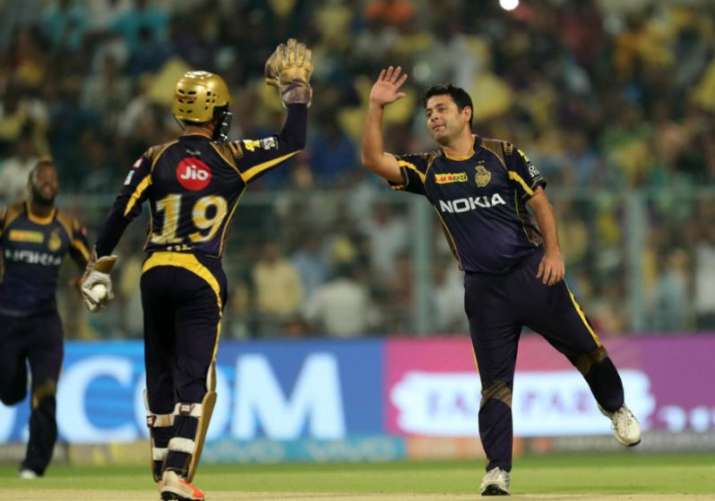 The ploy of opening the bowling with Chawla somehow worked. Although he didn’t pick wickets, he restricted the free flow of runs in the powerplay overs. However, Kolkata dugout will want wickets from the experienced leg-spinner.

Kolkata have struggled with their overseas fast bowler, and it has continued even in this game. Johnson was wayward, as he gave away 38 runs in his three overs.

However, the set up will want a much-improved performance from the experienced campaigner.

The young Kuldeep Yadav was of top-notch against a destructive Bangalore batting. He bowled tight line and length to contain runs from one end.

The left-arm leg-break bowler returned with one for 20 in his full quota of four overs.

Ajit Agarkar: Something Not Right In Kolkata Camp