Raina forms the core of CSK in the IPL. Photo Credit: BCCI/IPL.

Before the start of the eleventh edition of the Indian Premier League (IPL), one man who wanted to make it count the most was comeback man Suresh Raina.

Raina, who made a return to the international outfit in the series against South Africa, missed out on the Nidahas Trophy- the Tri-nation series, last month (March).

Therefore, it became essential for Chinna Thala to continue to register scores for Chennai Super Kings, who also made a heroic return after two-year hiatus.

Unfortunately, Raina added himself to the long list of injured players in this ongoing domestic Twenty20 professional league. Raina represented his side in first two matches.

“Hope the injury has recovered little brother; have missed watching you in the field!,” tweeted Jonty Rhodes, who has been following his workout regime quite consistently.

Here is what Jhonty Rhodes tweeted for Suresh Raina:

Hope the injury has recovered little brother; have missed watching you in the field! https://t.co/jYrlfGUroQ

Yes brother getting better !! Looking forward for the training today ! ? miss watching u on ipl ??

CSK received an early blow in the tournament with the injury to prominent spinner Mitchell Santner.

Further, in the very first game, Kedar Jadhav also pulled out of the tournament after nursing a hamstring injury.

Mahendra Singh Dhoni also suffered from a stiff back while playing against Kings XI Punjab, increasing headaches for CSK and the head coach Stephen Fleming.

The biggest blow of them all was Chennai citizens protesting against IPL matches being held at Chepauik. Therefore, their home venue was shifted to Maharastra Cricket Association (MCA) stadium at Pune.

WWE: What Transpired Once Smackdown Live Went Off The Air: April 17, 2018 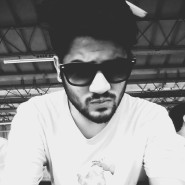 Why Cheteshwar Pujara will be better number 3 than Ajinkya Rahane and Rohit Sharma?

Stats: Teams with most ODI fifties