Stuart Binny recently made to the headlines with a stunning catch against Bellary Tuskers in the Karnataka Premier League (KPL) 2018.

Meanwhile, Binny is representing Belagavi Panthers in the state T20 league. So far, he has played two matches in the tournament bagging five wickets and scoring 37 runs.

The 34-year-old pulled off one of the best catches to dismiss T Pradeep at the crunch situation. Not only he managed to pull off the stunner, but he also stopped the vital six runs.

However, it was a clear six since the ball left the bat of the batsmen. The ball even seemed to have passed Binny as he ran across from deep midwicket, but then he leaped across, stuck his left hand out and pulled it off from behind him. 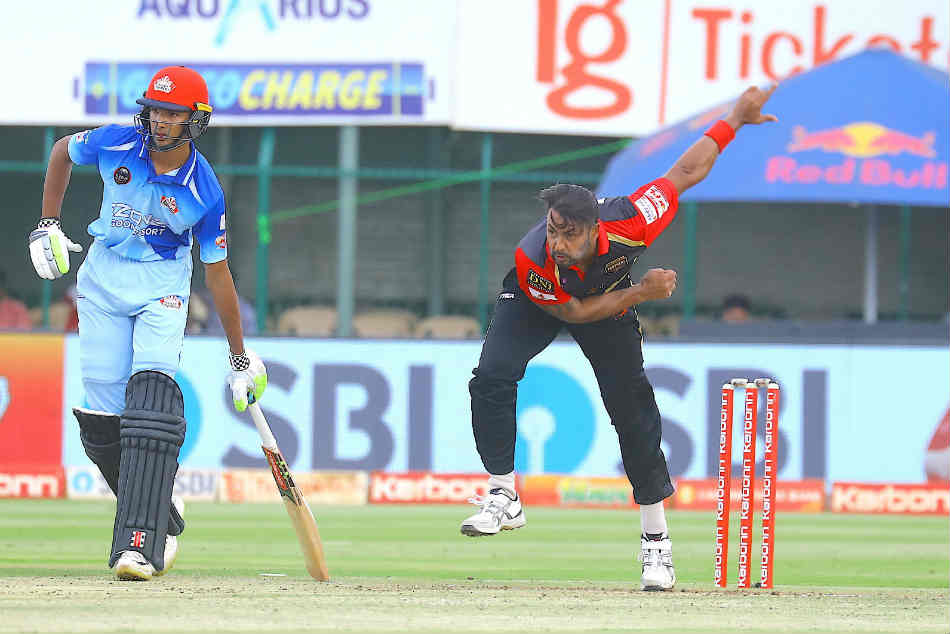 His stunning one-handed effort wins the match for this side Belagavi Panthers. This was their first win in the last three games.

Here is the video:

Stuart Binny last played an international game on August 27 in 2016 against Windies. However, he lost his place in the side owing to poor performances. In total, he has played 6 Tests, 14 ODIs, and 3 T20Is, with his international debut coming in 2014 against New Zealand in Hamilton.

The all-rounder represented Rajasthan Royals in this edition of the Indian Premier League. But, failed to create an impact for the returning franchise. Stuart Binny will be eyeing this upcoming domestic season to present a case in front of the national selectors.