Michael Clarke, former Australian skipper believes that pacer Pat Cummins is the right man to lead Australia in all three formats when the time is right.

Ever since Australia lost the Test series against India, there have been calls to replace the skipper, and current Test skipper Tim Paine has coped with severe criticism. 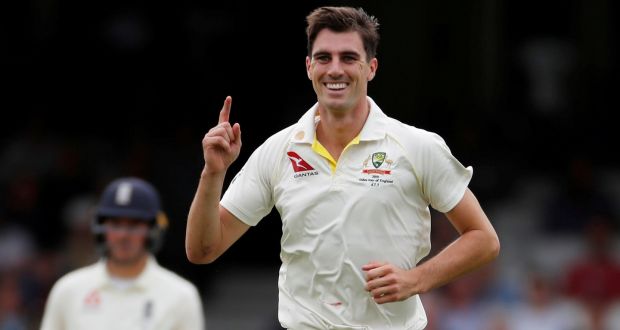 Michael Clarke: Pat Cummins Right Guy To Take Over The Leadership In All 3 Formats And Will Need A Good Vice-Captain

Tim Paine was assigned captaincy after Steve Smith’s tenure as captain came to a premature end for his involvement in the Sandpaper Gate against South Africa in Cape Town in March 2018. Steve Smith, along with David Warner who was also found guilty of cheating the game by ball-tampering, was handed a one-year ban on international cricket by Cricket Australia. Cameron Bancroft was only given a nine-month suspension.

“Just because Cummins isn’t out there saying I should be the next captain and I’m ready… it doesn’t mean he’s not a good leader. I’ve made it clear what I think about Pat Cummins. I think he’s shown he’s fit and strong enough to play all three formats now, he’s done that for the last few years. His captaincy I’ve watched tactically for New South Wales he’s been pretty good,” Michael Clarke told Big Sports Breakfast, as reported by Fox Sports.

“Yes he’s young and inexperienced as a leader but he’ll have good senior players around him so to me I do believe Pat Cummins is the right guy to take over the leadership in all three formats at the right time. Of course, he will need a good vice-captain. An example of that – if Tim Paine retires then someone like Alex Carey comes in, who has captained South Australia, captained the BBL, been vice-captain of Australia. I think he would make a very good vice-captain. You’ve got the likes of Steve Smith, David Warner, Nathan Lyon, Mitchell Starc, Josh Hazlewood, Marnus Labuschagne. All these guys have got leadership experience as well. They can help Pat Cummins,” Michael Clarke added.

Former Australia skipper Steve Smith also talked about how he wants to lead the national side once again. Steve Smith was removed as the captain once he confirmed his involvement in the Sandpaper Gate fiasco in the Cape Town Test against South Africa in March 2018.

“You don’t necessarily need to have the captain or vice-captain armband to be a leader and I feel like I say that every single day. Smithy is going to play a huge role in the Australian team moving forward, whether he takes over the captaincy or not, his leadership is going to be important,” said Michael Clarke.

“If Pat Cummins gets the job, that is the first guy I would be going to and speaking to. He’s going to need his support. I think Australia does have options, they are in a wonderful place. They’ve just got to have the confidence to pick the right person, back him, and put some support around him,” Michael Clarke added.

Tim Paine has led Australia’s Test side with distinction, but with the wicketkeeper-batsman will be turning 37 by the time he captains in the Ashes series against England at the end of 2021, as a clear succession plan would be required.

Few players have better credentials to succeed him than the 31-year-old Steve Smith but it has been fast bowler Pat Cummins who has been nurtured in the past as Australia’s vice-captain and he has been handed the one-day captaincy of New South Wales this season. The 39-year-old Michael Clarke said he was having no problem with under fire Tim Paine continuing as the captain but he definitely feels there is a need for more people to help him.

Hours after former Australia skipper Steve Smith spoke about being open to leading the national team Australia if the opportunity arises in the future, coach Justin Langer had said the Australian unit is in good hands with Tim Paine (Test captain) and Aaron Finch (white-ball captain).

“We have two very good captains and two important competitions coming up — an Ashes and a T20 World Cup. Our future looks good,” Langer told the ABC, as reported by Fox Sports.

“Despite the media chatter there is no captaincy position available,” he added.

Pat Cummins And His Fiancée Expecting Birth Of Their 1st Child

Ravichandran Ashwin Promised To Distribute N95 Masks To The Needy

Everyone Thought IPL 2021 Going On Was Positive As Watching It On TV Offered Distraction To Covid-19, Says Pat Cummins

Eoin Morgan Heads To The Maldives After IPL 2021 Was Postponed