India-England Series Should Be Renamed As Tendulkar-Cook Trophy: Monty Panesar

After a thrilling Border-Gavaskar Trophy played in Australia which was won by India, the cricket fraternity’s focus has shifted towards the ongoing Test series between India and England in India.

Both teams entered the series high on confidence having won an away series prior to that but England won 1st Test against India. Former England spinner Monty Panesar suggested that the Board of Control for Cricket in India, as well as the England Cricket Board (ECB), must rename the series between the two teams as Tendulkar-Cook Trophy.

In a tweet, Monty Panesar opined that since both Sachin Tendulkar and Alastair Cook were the highest run-getters for their respective teams in the longest format, the series should be named after the two cricketers. Monty Panesar also came up with an alternative suggestion of naming the India-England series as ‘Vaughan-Dravid Series’.

Eng v India test series should be called "Tendulkar Cook trophy " because both have highest test runs for their countries,they played a lot against eachother and we know Tendulkar is the biggest legend and we dont have a series named after him. @englandcricket @BCCI #INDvENG

England have got off their campaign to the best possible start in India by winning the opening game by a big margin of 227 runs. Joe Root led the team from the front by hammering a double ton in what was his 100th Test.

Former England captain Alastair Cook has questioned Indian skipper Virat Kohli’s captaincy in the Chennai Test – where the former England opener opined Virat Kohli got back into his groove as the captain only in the second innings as he managed only 11 off 48 in 1st innings where Rishabh Pant, Washington Sundar and Cheteshwar Pujara struck the 50s.

“In that first innings India were lackadaisical. In the second innings, Kohli was back to what he was, so I imagine we’ll see more of that [animation],” Cook was quoted as saying by Sky Sports. 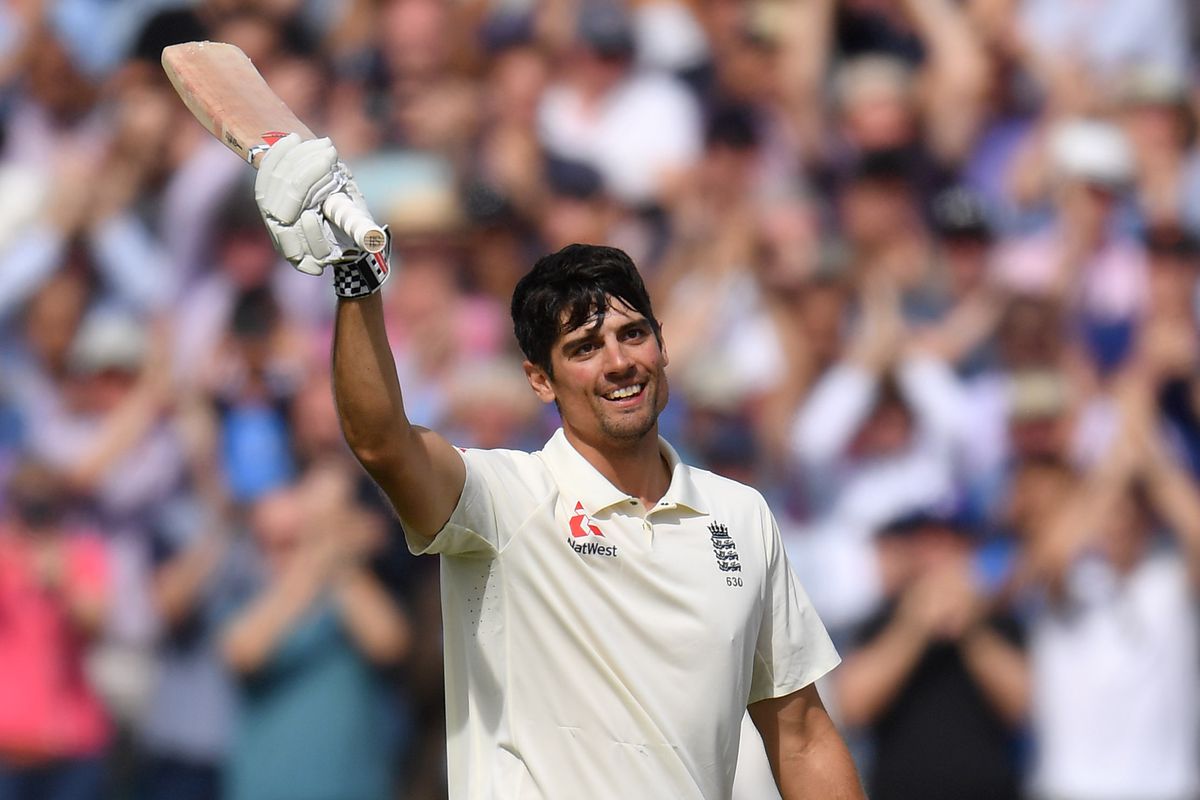 As a calm Ajinkya Rahane led India to a memorable series triumph in Australia recently, Alaister Cook also wondered if it was a deliberate attempt from Virat Kohli to lead differently in the first innings and advised the Indian captain to carry on with the same approach as he has led India in the past.

“Was that a deliberate ploy from Kohli because it was mentioned that India preferred that relaxed style? It didn’t work for him. It’s not his natural way, so he’s got to carry on doing what he does, because they have been successful,” Cook added.

India has not lost a bilateral Test series on home soil since England’s 2-1 win in 2012. They head into the series off the back of a stunning comeback win over Australia at the turn of the year. England is also on a run of five overseas Tests wins in a row following the triumphant series in Sri Lanka last month.