New Zealand seam bowler Tim Southee will lead the T20 side against the West Indies that is set to kickstart from the 27th of November. The selectors have rested Trent Boult and Kane Williamson from the three-match T20 series, allowing them time to prepare for the subsequent Test leg against the Caribbeans. Uncapped batsman Devon Conway receives a call-up while Colin Munro misses out owing to his BBL stint with Perth Scorchers.

It is imperative to note that the likes of Tim Southee, Kyle Jamieson and Ross Taylor would only be available for the first two T20Is and the replacements for the trio are Doug Bracewell, Scott Kuggeleijn, and Mark Chapman, allowing them to stay fresh for the Test series. Devon Conway, the South African born batsman, qualified to play for New Zealand this August, topped the run-scoring charts in Plunket Shield, One-Day Trophy and T20 Super Smash last season.

Head coach Gary Stead is looking forward to welcoming Devon Malcolm in the T20 set-up as Colin Munro heads to Australia to ply his trade for the Perth Scorchers. In the southpaw’s absence, the selectors are keen to look at other options.

“We’re looking forward to welcoming Devon into our environment for the first time and I’m sure he’ll soak up the experience. With Colin Munro heading to the Big Bash and therefore unavailable for the Pakistan T20 series pre-Christmas, the selectors are keen to look at other batting options at the top of the order,” Gary Stead told ESPN Cricinfo.

Gary Stead mentioned that given how Kane Williamson and Trent Boult are essential for the Test team and having played IPL, they thought to give them some rest and heal. With their 2-0 victory over India earlier this year in February, Stead remains confident that the Kiwis are on track to play the ICC World Test Championship final whenever it takes place.

“We’ve had to make a decision on Kane and Trent to prioritise the Test matches, given how important they are to our red-ball team and the fact they both played such big roles in the recent IPL while also managing injuries. There’s no secret we’re right in the hunt for the World Test Championship final following our 2-0 win over India [in February], and having Trent and Kane fully fit and focused for the upcoming series will be crucial,” Stead mentioned.

All-rounder Colin De Grandhomme and spinner Ajaz Patel, both of who are battling injuries have made it to the 13-man Test squad. Gary Stead claimed that they would require some time to recover; however, remain hopeful that over the next two weeks, things will become clear.

“Colin and Ajaz have quite different injuries which are requiring different return-to-play protocols. It’s too early at this stage to definitively say what their chances are, but we’re hopeful the next two weeks will make that clearer,” he added further.

Auckland will play the host for the first T20 international while Mount Manganui for the next two. On the other hand, Hamilton and Wellington will stage the first and second Test, respectively.

Also Read: Kartik Tyagi Is An Emerging Pacer To Watch Out For In Future: Ajit Agarkar 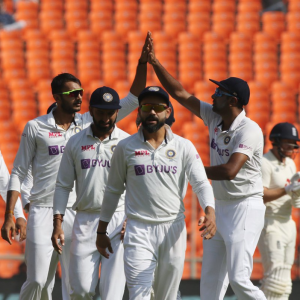