After the completion of Day 2 of the first test between West Indies and New Zealand, the Kiwis are in a position of great advantage. They have established a lead of 313 runs over the West Indies who failed miserably with the bat. The West Indies could only manage 134 runs in their first innings, courtesy to some excellent New Zealand bowling.

The Blackcaps ended day one at 68 with the loss of two wickets. The Kiwi batters did a wonderful job on day two with contributions from Ross Taylor, Henry Nicholls, Colin de Grandhomme and Tom Blundell. Grandhomme was the pick of the batters with a century to his name while Ross Taylor narrowly missed out on a ton as he fell by a score of 93. Blundell and Nicholls chipped in with half-centuries scoring 57 and 67 respectively.

However, the highlight of the New Zealand innings came from Colin de Grandhomme who played a whirlwind knock of 105 runs riding the Kiwis past the 400 run mark. The batsman stepped into the crease with a limited overs approach and executed it to perfection. The 31-year-old hammered the West Indies bowlers all round the park as he rocketed to his maiden Test century in the blink of an eye. His face a mere 74 deliveries to pick up 105 runs to his before falling victim to Roston Chae. His magnificent knock included 11 boundaries and three maximums which shattered the West Indies to the core.

The New Zealand scoreboard stood at 447 at the loss of 9 wickets when the umpires decided to put down the bells on Day 2. Kemar Roach was the highest wicket-taker in the Windies bowling attack with three scalps to his name. Roston Chase and Miguel Cummins bagged two wickets each while Shanon Gabriel and skipper Jason Holder picked up solitary wickets.

The Kiwis are in firm control of the match, and the Windies need to pull off a miracle to get something out of it, if at all. Day 3 will see Tom Blundell and Trent Boult take the crease to begin the proceedings. 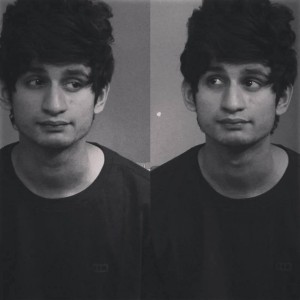