Sachithra Senanayake remodeled bowling action to be tested at Chennai

Senanayake had earlier said that he was hopeful of making a come back into the national team.The Sri Lankan offspinner, who was reported during the ODI series in England in June 2014, was banned from bowling in international cricket in July 2014 after he was found guilty of possessing an illegal action. In August, Senanayake underwent a correctional programme to remodel his bowling action at the University of Westen Australia in Perth.

Since than he had been playing local domestic matches where he had personally requested the umpires to bring to notice any oddity that he may possess in his action. There have been no issues raised so far and video analysts of Sri Lanka Cricket have been working hard with him since he was banned.

Jerome Jayaratne, Sri Lanka Cricket (SLC) head bowling coach, said that the offspinner has corrected his action since being banned by the ICC. The SLC executive committee, convinced now of the correctness of Senanayake’s bowling action, has approved the offspinner’s departure for testing at Chennai’s Sri Ramachandra University, Jayaratne added.

Kolo Toure: Mario needs to feed himself by scoring goals 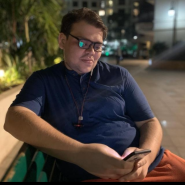 Pietersen claims there should be no second chance for match-fixers

BCCI is fine with Dhoni quitting