Australian batsman Shaun Marsh is set to become a father for the third time as his wife Rebecca announced via an Instagram post while the family was enjoying on a beach. They have received congratulations from well-wishers.

Shaun and Rebecca had married in April 2015 which is the general norm as it is the season end for Australia. The team also had ended their season on a bright note by winning the 2015 world cup. Rebecca, who has worked as a Channel seven journalist is already blessed with a boy and a baby girl.

Career so far for Shaun Marsh

Marsh who had debuted for the Australians back in 2008 and has played 38 Tests, 73 ODIs and 15 T2OIs so far. He has been away from the national team since 2019 world cup where Australia lost to eventual winners hosts England in the semi-finals after which he failed to keep his place in the squad.

Dropped from Tests in 2018/19 season, he has not played in Tests since January 2019. Marsh had made almost nine comebacks to the test squad and hopes to play for them again. The 37-year-old has also not played a T20I since 2016.

Like other teammates, he has been away from competitive cricket since March 2020 because of the coronavirus pandemic for which thousands of people have died.  The recent surge in cases could see him out of action for another two or three months. 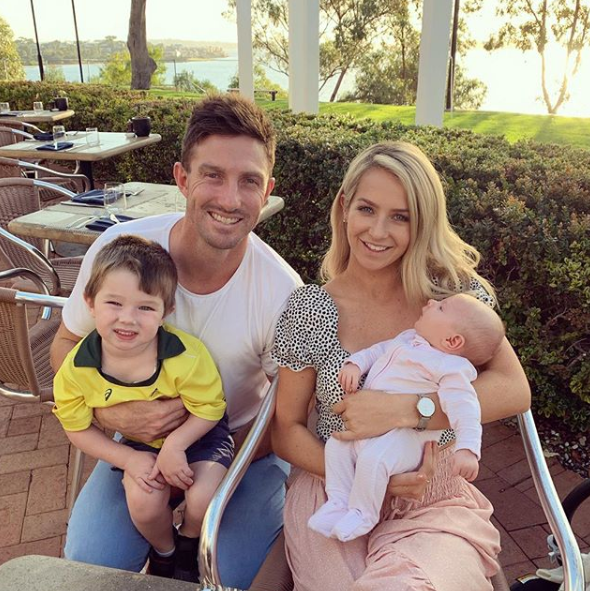 Cricket Australia has plans to start women’s Big Bash League (BBL) to be probably played from December 3. The board is also planning to host a T20I series against Sri Lanka and Pakistan, but the schedule will be postponed till the commencement of IPL 2020.

Left-handed opener Marsh is the elder brother of Mitchell Marsh, both of whom plays for Australia. In 2008 IPL, he also won the orange cap for scoring the maximum runs by any player in that season.

Till 2017 since 2008, he played for Kings XI Punjab in the IPL. He has so far scored six tons in tests and seven tons in one-day internationals. His test highest score is 182 whereas his ODI highest score is 151.

Australia vs India 2020-21: Brad Hogg Reveals Why Shaun Marsh Has Been Snubbed For Test Series Against India